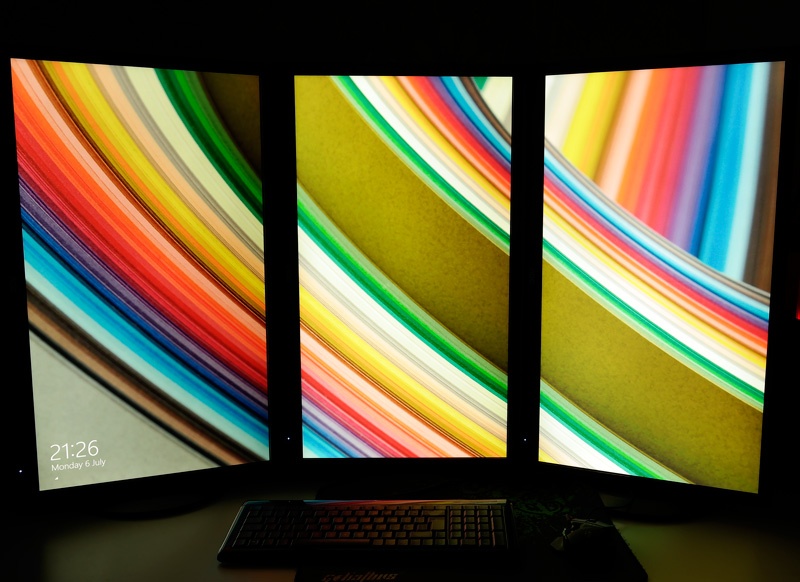 Following on from our highly popular ’12K’ (Triple 4K Monitor) Upgrade, we have new graphics cards which we can update the results with. Since the original article, things got a bit hectic and cards were coming and going extremely quickly. This meant that we didn’t have enough time in one sitting to correctly configure and run the tests as the second (or even third) card needed to be sent on to another media. We are now happy to bring you a long-awaited update featuring graphics cards such as the R9 Fury, R9 Nano and SLI GTX 980Ti’s. The list still isn’t complete with gaps such as SLI Titan X and CrossFire R9 Fury, but once we get these cards in for long enough, we will carry out another update.

With 4K monitors becoming the norm in today’s enthusiast gaming set-up, thanks to the ever decreasing price of these monitors and the increasing performance supplied by single cards; it’s not surprising that some users are combining multiple units. Some will have these monitors for the simply epic screen size and productivity potential, others will simply use them for an upgrade to the current surround gaming experience. Personally I don’t like 4K resolution unless it’s on a large screen, anything under 32″ makes the pixels so small they are hard to see and then you would just have to increase the sizes of font, which defeats (some of) the object.