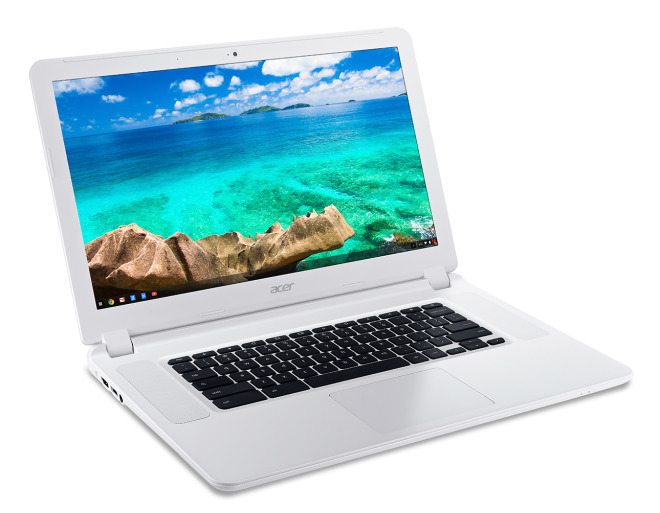 After a strong showing for Chromebooks – the family of netbooks that carry Google’s Chrome operating system – over the recent Holiday season, Acer has announced the release of a new Chromebook with a 15.6-inch screen, making it the largest of its kind. Acer was the second-highest selling manufacturer of Chromebooks last year, according to statistics gathered by IT researchers Gartner, and the company is showing its intent to continue that success in 2015.

Prices for the Acer Chromebook 15 start at $250, with either 16GB or 32GB SSD on-board storage and up to 4GB RAM. No release date has yet been announced, though more information may be forthcoming at this year’s Consumer Electronics Show that starts Monday in Las Vegas.