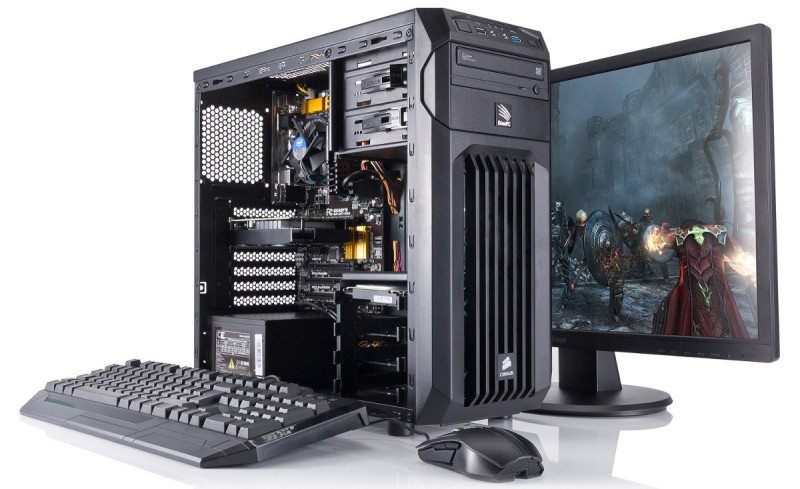 PC sales in 2015 were the lowest since 2008 – shipping below 300 million units – and the on-year decline of 10.6% is the largest decline ever experienced, beating a previous drop of 9.8% in 2013, IDC Worldwide Quarterly PC Tracker announced in a press release on DigiTimes.

“The PC market continued to face persistent challenges from longer-PC lifecycles and competition from mobile phones and tablets, despite the slowing growth in those markets,” IDC reports. “However, economic issues like falling commodity prices and weak international currencies, as well as social disruptions in EMEA and Asia Pacific that disrupted foreign markets were a larger factor for 2015.” 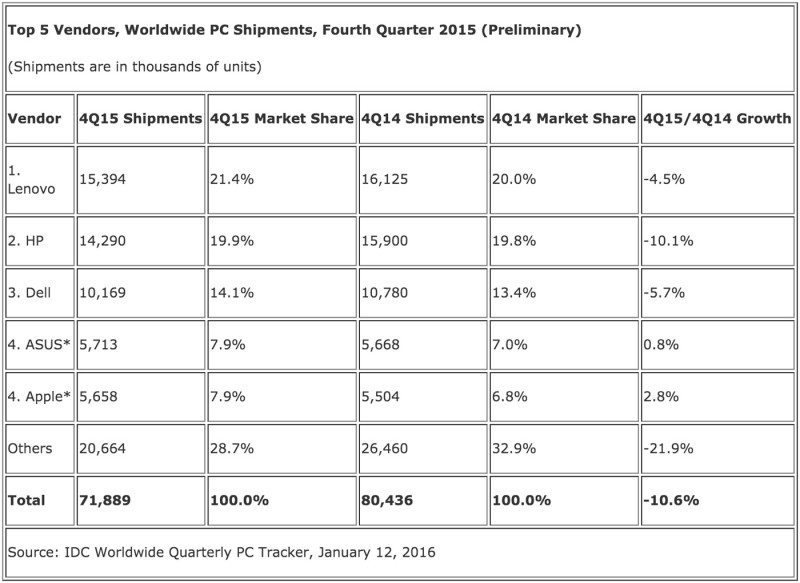 The industry is confident that, despite a steady decline over the last few years, the PC market is set to level out in the coming years.

“The PC market remains competitive and the economic environment weakened further with the recent drop in the China stock market,” Loren Loverde, Vice President of IDC, said. “However, PC replacements should pick up again in 2016, particularly later in the year. Commercial adoption of Windows 10 is expected to accelerate, and consumer buying should also stabilize by the second half of the year. Most PC users have delayed an upgrade, but can only maintain this for so long before facing security and performance issues. We continue to believe that a majority of these users will purchase another PC, motivated by new products and attractive pricing.”

“Changes in the OS market also had a significant impact with the end of support for Windows XP and promotions of low-cost PCs driving a surge in replacements in 2014 that combined with the launch of Windows 10 and a free upgrade program to delay new system purchases in 2015,” the IDC press release continues.

“Lastly, while some very attractive new PCs have been launched, the market is taking some time to respond to new OS and hardware configurations – deciding when to upgrade and evaluating slim, convertible, detachable, and touch variations versus more traditional PCs. Nevertheless, many of these products have received positive reviews and there’s potential for a faster commercial transition to Windows 10 in 2016 than we saw for prior versions of Windows.”

The market saw substantial growth with detachable tablets, which are counted as separate to PCs, with sales up 3% in 2015.