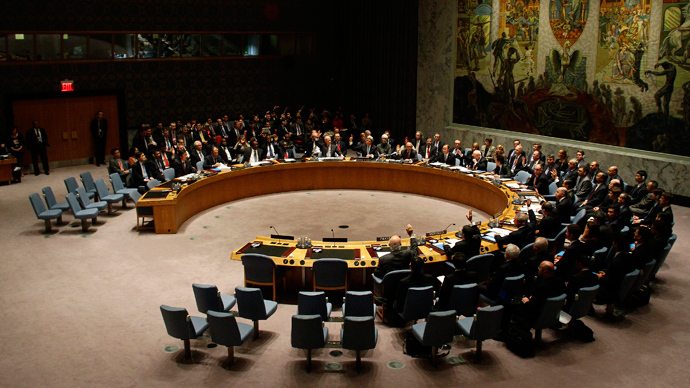 RT reports that 21 countries have joined in draft discussions at the UN for an anti-NSA resolution to be passed. In the discussions are the following nations: Argentina, Austria, Bolivia, Brazil, Cuba, Ecuador, France, Germany, Guyana, Hungary, India, Indonesia, Liechtenstein, Mexico, Norway, Paraguay, South Africa, Sweden, Switzerland, Uruguay and Venezuela. The resolution seeks to condemn indiscriminate and extra-territorial surveillance and rectify that with independent oversight of all electronic monitoring.

The resolution was proposed earlier this week by Germany and Brazil, two of the largest and most vocal critics of the USA’s global spying operations. While the document does not single out the USA or NSA specifically, the rhetoric is clearly a direct attack on the NSA’s exposed global surveillance practices.

The draft resolutions states that UN members are “deeply concerned at human rights violations and abuses that may result from the conduct of extra-territorial surveillance or interception of communications in foreign jurisdictions.” and that “illegal surveillance of private communications and the indiscriminate interception of personal data of citizens constitutes a highly intrusive act that violates the rights to freedom of expression and privacy and threatens the foundations of a democratic society.”