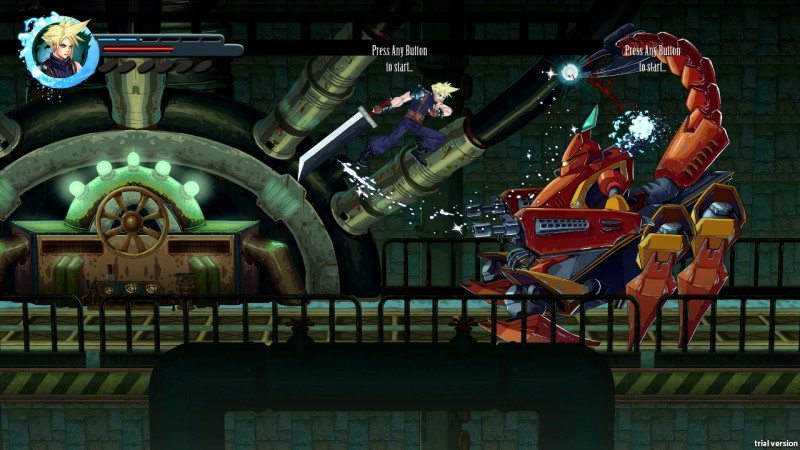 Final Fantasy VII is one of the most iconic and engrossing games I’ve ever played. It was and still is the hallmark of a truly great RPG. Of course, we’ve got the official Final Fantasy VII remake coming in the not too distant future, but how about we take a different fork in the road and reimagine the game as a 2D action packed side-scroller? I can’t say that thought ever occurred to me, but I’m very glad it did for someone, as this prototype game is freaking epic.

“We thought about how we can incorporate some of the FFVII game play elements, such as Materia and summoning of Guardian Force into a Hack and Slash genre. The result is what you can see above.”

The graphics look stunning and the developer has done a great job of making every character and enemy instantly recognizable from the original. Of course, this game is unlikely to ever be complete, as Square Enix would shoot it down in next to no time, but for a fan-made project, this is sure to get them some positive attention if they’re eager to demonstrate their skills.

The video is cool and I certainly can’t hear that music without being hit with a wall of excitement and nostalgia. Don’t worry, if you think this is one of those things you’ll never get to play, you’re wrong. Head on over to their site right now and try it out for yourself!