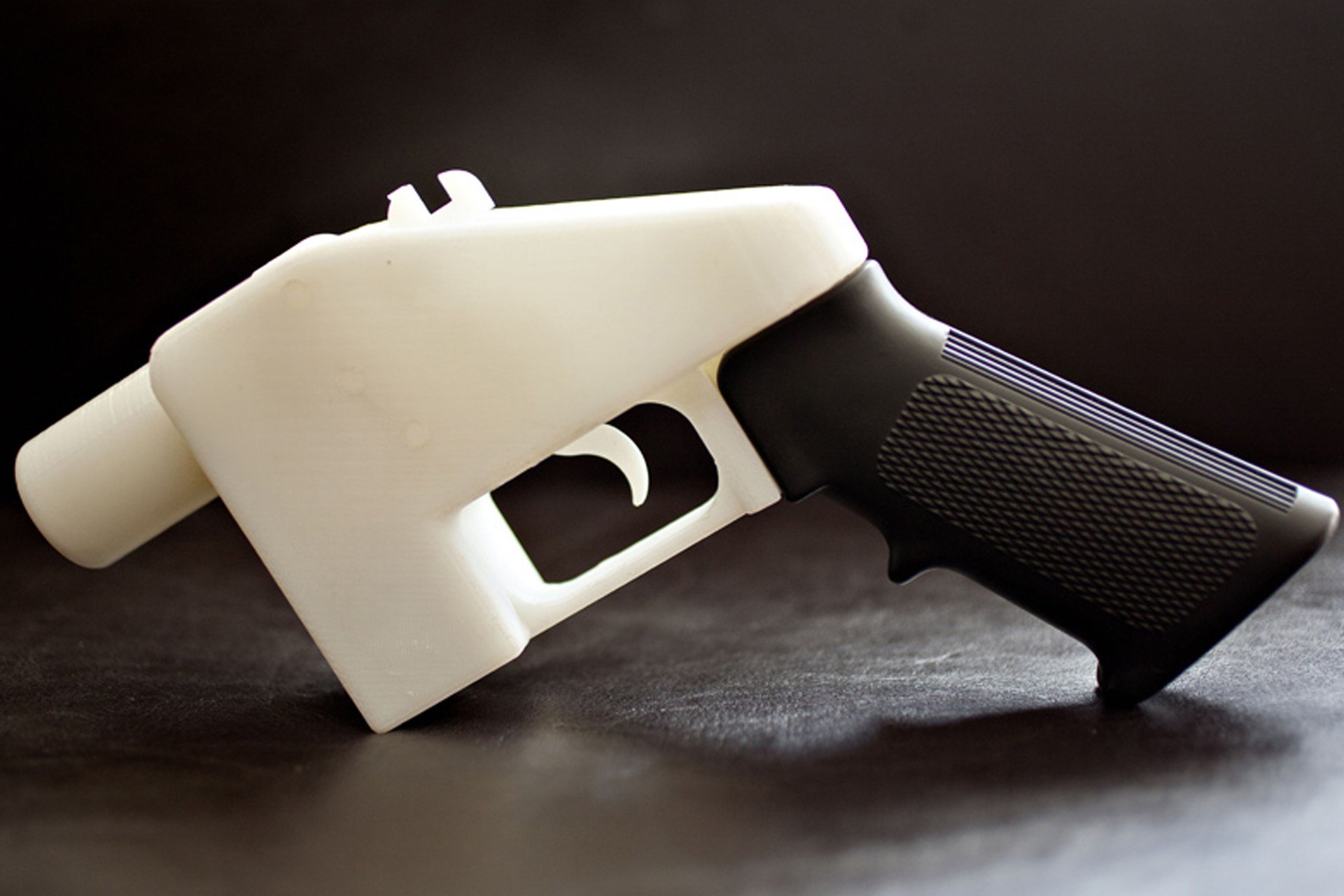 Say hello to the Liberator. The Liberator when first released was a big deal among the technological and law worlds, it being the first 3D printed gun. Made almost entirely made of plastic the liberator only uses a single metal firing pin, the one shot weapon can easily be printed using an every day 3D printer that are now readily available. The big issue that is coming up recently about it though is not the actual weapon, but the blueprints for it.

Cody Wilson, the inventor and designer behind the liberator, received a letter from the State department demanding that he remove the blueprints from the internet. The reason that was given was that posting the blueprints online would count as exporting firearms to foreign countries and he could face prosecution for violating regulations preventing the sales of firearms to international countries or clients.

Almost two years on Wilson has now filed a lawsuit against the State Department and several officials stating that their letter was, in fact, a breach of their first amendment rights to free speech. The issue arises due to the International Traffic in Arms Regulations (ITAR), which is there to govern who can sell weapons to people or countries outside of the US, and when they are allowed to do so. The publishing of the blueprint is said to breach ITAR, in a similar fashion to if they had shipped a crate of machine guns to Mexico.

The lawsuit is not arguing that the blueprints were posted, but whether or not they can actually be counted as a weapon. They state that the blueprints are in fact “speech” and as such are protected under the first amendment so they cannot be censored, both in the real world or online.

This is an interesting argument, with the internet being considered a global resource, the fact that the second the blueprint was posted it was made available to every country in the world could be seen as an export, but the fact that they are discussing if the blueprint, essentially a collection of 1’s and 0’s in code, is actually speech or a product (in this case a weapon) could set the way for court cases in the future, with its resolution not only applying to 3D blueprints but also to games, software or even music in that it could be considered “speech” while in a digital form.

The first amendment is not the only one to be taking a place in this discussion, with the legal team also stating that the second and fifth amendment are also in breach by the State Departments letter and action. The second amendment states that it is a fundamental right to acquire and bear arms, while the fifth protects their right to “due process”, the actual process of legal representation and decisions based on the legality of actions, in this case, the concept that the blueprints and its publications were illegal.

While the first plastic weapon, the Liberator has spurred on a variation of 3-d printable weapons, including revolvers and other weapons, which could be deemed illegal at the resolution of this lawsuit.

Thanks to 3Dprint.com for the image.

Thank you to Wired.Com for the information.