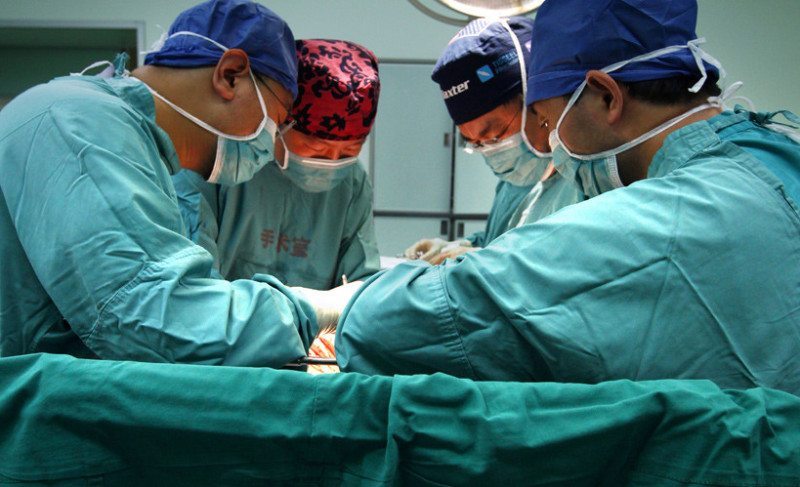 A 3-year-old girl in China has had her skull successfully replaced with a 3D printed aluminium alloy substitute in an operation that lasted 17 hours. The toddler, called Han Han, suffered from hydrocephalus – known as “water on the brain” for the fluid that collects around the organ – causing her head to swell up to four times its natural size.

The doctors at the Second People’s Hospital in Hunan Province used 3D scans of the girl’s head and a tomography scanner to create the titanium mesh pieces that replaced her upper skull. Surgeons detached the girl’s scalp, removed the top of her skull, drained the excess fluid around her brain, and rebuilt her head using the 3D printed segments.

“CT results showed that Han Han’s brain was filled 80 percent with water,”Dr. Bo of the Second People’s Hospital of Hunan Province said. “If she was not sent to hospital for treatment, Han Han would not have survived the summer. We had to first eliminate the infection in Han Han’s head because the brain wound area was too large, and we needed to do skin graft surgery and insert a shunt to help eliminate the infection, and remove the fluid from her brain.”

Though the surgery was successful, Han Han will require further operations as she matures in order to sustain her recovery. The surgery cost around 500,000 Chinese yuen (approximately $80,000), the funds for which were raised via a crowdfunding campaign.