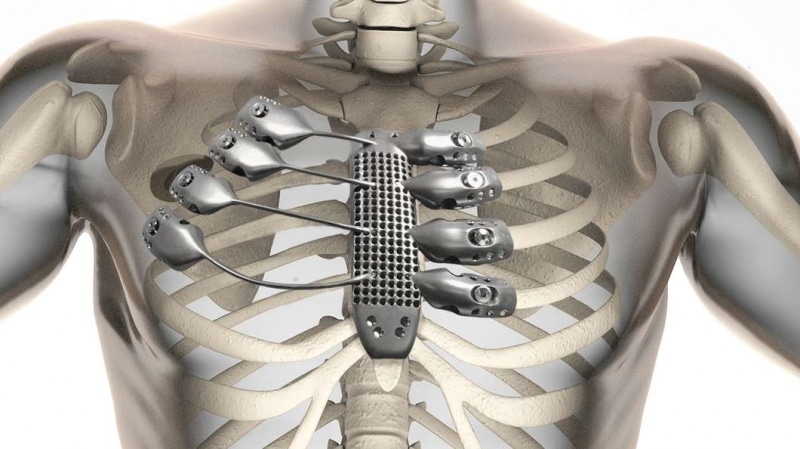 3D Printing has taken off in recent years, with everything from toys to houses being designed and built by anyone with a computer (and a big enough printer). Some of the biggest advantages of the 3D printer are quite simply those provided to medical sciences, with advances allowing people to print items that could help people in ways unthought of several years ago, such as a 3D printed skull for a 3-year-old girl in china. The latest though is another step, with a set of ribs and sternum being printed for a 54-year-old man.

Medical company Anatomics and CSIRO’s 3D printing facility developed the technology required to 3D print the titanium sternum and ribcage implant that was used. In this instance, the gentlemen had several bones removed that had been affected by a cancerous tumour, called chest wall sarcoma.

Crediting the surgery as a success, Surgeon José Aranda stated that “to his knowledge this is the first 3D titanium printed sternum (made through) custom-made processes”. What this means is that in place of a regular sheet of titanium the implant was actually constructed and designed before being built, making it an easier fit and more accurate to the original autonomy of the gentlemen involved.

Thank you Tech Spot for the information and the image.