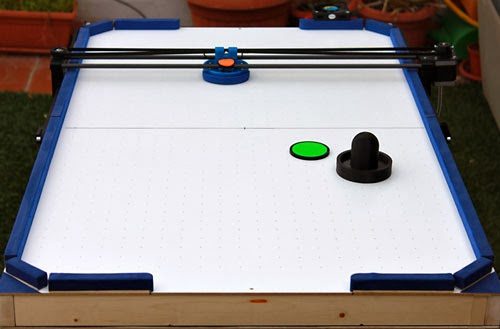 Owning an air hockey table is cool, they’re a great thing to have in the house for a few cheeky games with your friends. Having a 3D printer is also very cool, being able to create all kinds of crazy things with relative ease, but what if you combined that hockey table with the general mechanical parts and controller of the 3D printer? Awesome happens, obviously.

“I have seen several interesting projects of robots that paint or manufacture PCBs, etc. but I was looking for something different. My daughter loves the Air Hockey game and I love robotics so one day an idea born in my mind. Can I construct? Mmmmm. It seemed very complicated and with many unresolved questions (puck detection, robot speed), but that is also part of the fun.” Said the devices creator on the official blog. 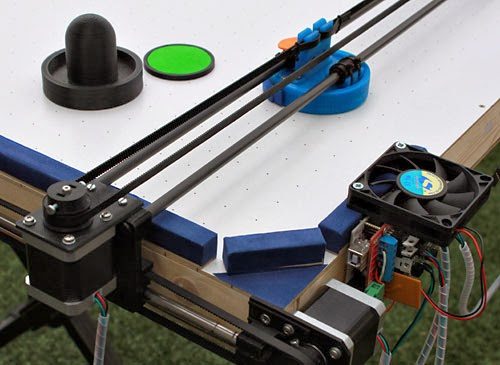 Air Hockey Robot is a great hardware and software project, and it’s something that not only worked very well (as you can see in the video), but it also looks like a lot of fun to play against as it never misses a hit. Add to that that there are three different gaming modes, defend, attack, attack+defend, and you’ve got the ultimate Air Hockey training machine.

Thank you Ciencia Y Cacharreo for providing us with this information.