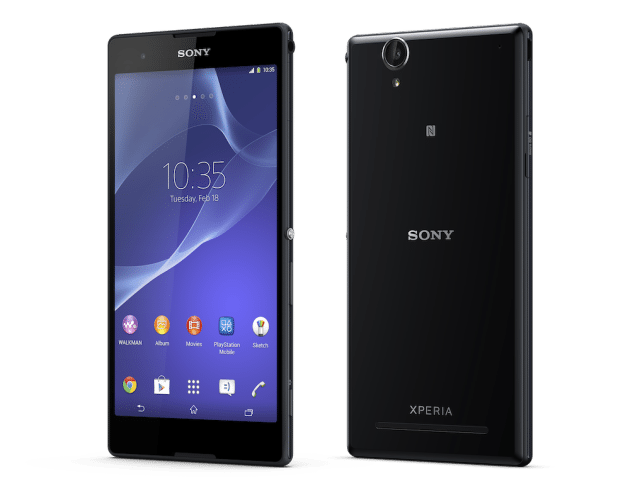 Sony has announced yet another phone, the 6-inch T2 Ultra. The screen is in the Xperia Z Ultra range, but it is said to cost less due to it having lower specs than its Z series brother.

It is said to have a 6-inch 720p LCD screen, with a 1.4GHz Quad-Core chipset and 1GB RAM. The chipset hasn’t been specified, but it’s likely to be the Snapdragon 400. There is 8GB internal memory which can be expanded via microSD card. On the back is a 13MP camera with Exmor RS sensor and a 1.1MP camera with Exmor R sensor on the front. The relatively large 3000mAh battery should last a few days under moderate use.

Sony will have the new handset available in two variants, a single SIM and dual SIM version, which will be available in black, white and purple colors. The price has not yet been revealed, but given the specs and the price of the Xperia Z Ultra, it shouldn’t be more than £400.