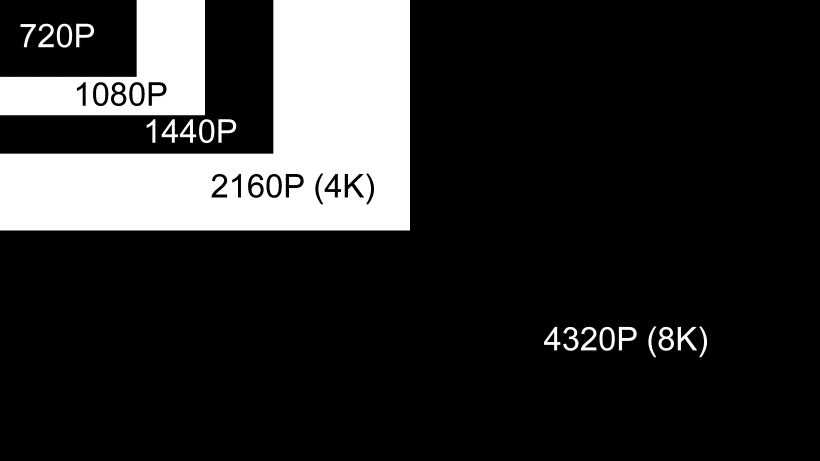 All we ever hear about lately is 4K and how it’s the latest and greatest technology and for the most part it is, and with lower prices occurring every day, it’s becoming more and more affordable for the average gamer.

For those not in the know, 4K offers four times the resolution of Full HD 1080p and if you haven’t had a chance to experience that yet, we advise you to stop what you’re doing and head down to your local Best Buy, PC World or wherever to check it out for yourself in all its glory.

For those who have experienced 4K, you may be wondering what the next logical step is, and of course (even with the mention of 5K surrounding the watercooler) it’s actually 8K. We had our first experience of this at CES 2014 when we saw Sharp showcasing their 8K TV, but compared to the quality of the illustrious 4K 85″ monster from Samsung, it didn’t actually look that impressive, but I guess it was still early days, as they were the only brand showing off 8K, most likely trying to win the numbers game, I guess.

PCGamesN took some time to dig into 8K a little bit further, and to discuss with both AMD and NVIDIA to get feedback on this upcoming technology and exactly what they are both doing to bring it to market. Upon speaking to AMD’s Chief Gaming Scientist, Richard Huddy about 8K, he had the following to say:

“If we get to a display resolution of about 8k horizontally and about 6k vertically then, for a player with 20/20 vision, they will have something that is close to perfect for their visual system.”

After looking at the human eye, we know that beyond the above mentioned sizes, the eye won’t be able to see any more detail, meaning that 8K and beyond could potentially be pretty pointless, apart from being part of the numbers game, as Sharp have already tried showing.

NVIDIA also commented on the same issue, with their head of GeForce GTX saying:

“4K for most GPUs is pretty tough, the 980 handles it well but it’s still one of those things that the more GPUs you have the better it looks.”

Obviously having the raw GPU power is one thing, but we also need a few extra pieces of the puzzle to make it all fit together, and this includes the DisplayPort bandwidth and of course the extreme refresh reate that will be needed too.

Looking at the further comments from Richard Huddy, he believes that 8K won’t blossom like 4K did, out of no where, but instead will utilise AMD EyeFinity in conjunction with AMD Radeon graphics cards in their patented CrossFireX configuration.

I definitly think the future of vision is something to get excited about, and with the cost of 4K panels dropping in price fairly rapidly, 8K could be just around the corner, and with comments both from AMD and NVIDIA about how the technology is going to be implemented, it’s clear that both the red and green teams have it in their sights.

While I say that it’s just around the corner, if you look at the official Steam survey and what resolutions are used in the mainstream, you’ll find that a lot of people still game on Netbooks and the like, meaning that HD 1080p isn’t even at the top of the list and 4K being a small dot in comparison, so while it may just be around the corner for the future of ultra HD 8K resolutions, it may only be for the rich and famous at the present time.

Thank you TweakTown Via PCGamesN for providing us with this information.