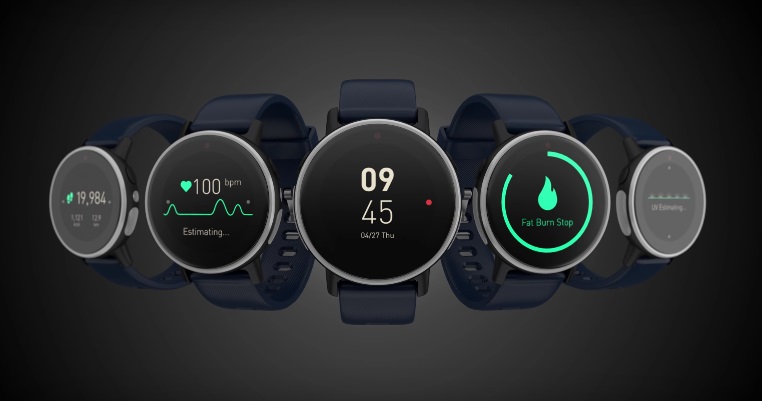 It was two years ago when Acer last announced a wearable product, but at their recent Next@Acer event in New York, the company has announced their line of Leap Ware smartwatches packed with a lot more features than their previous Liquid Leap line. The new Leap Ware smartwatches have a rounded face similar to Pebble Time round and are designed for fitness enthusiasts. It is equipped with the MediaTek MT2523 chipset and MT2511 bio-sensing chip, and has various fitness tracking features that can monitor heart rate, stamina, stress/fatigue levels, and exposure to ultraviolet rays. It also boasts three to five days of battery life so users can stand to forget to charge it for a day or two.

“As the pace of modern lifestyles become ever more hectic, people demand technology that can keep them on track and motivated to pursue their goals,” said MH Wang, General Manager, Smart Device Products, IT Products Business, Acer Incorporated. “The new Acer Leap Ware is designed to act as a virtual coach to help people go, track, and share, sending them reminders and alerts when they need them the most.”

What it is not equipped with however, is an Android OS. The Acer Leap Ware uses a proprietary OS instead.  Although it is able to communicate with Android or iOS smartphones, pairing devices via the Acer Liquid Life App.

Since it is designed with an active lifestyle in mind, the 42mm face is outfitted with a scratch resistant Corning Gorilla glass SR+ and the Acer Leap Ware itself is IPX7 water resistant so it can easily survive a torrential downpour. With a backlit LED, it can also be used in complete darkness.

Acer also did not forget about those who are mindful of their personal fashion, giving the Leap Ware interchangeable band capability in either Navy Blue or Brown. It can also be customized with any 20mm watch band so that it can be truly personalized by the wearer.