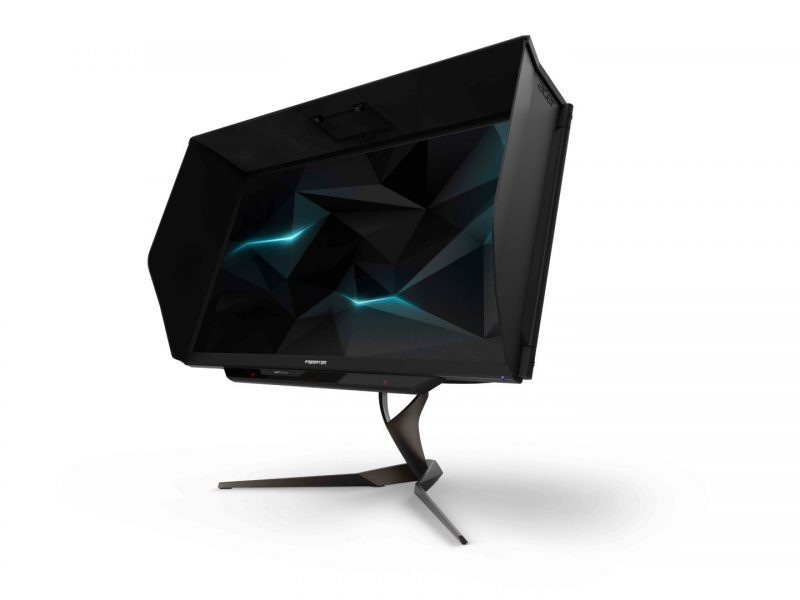 The Long Wait is (Almost) Over

Acer first unveiled the Predator X27 4K UHD gaming monitor over a year ago. Its release was supposed to be originally around Q4 2017 then pushed to Q1 2018, and delayed further. Now the much anticipated high-end gaming monitor is definitely almost here. In fact, it is now available for pre-order in several stores including NewEgg.com.

This is the monitor for gamers who want the best of both worlds and do not want to compromise with a TN panel. Sure, TN panels are fast but their viewing angles are minimal and their colour space is limited. IPS panels on the other hand have superior image quality but often fall short when it comes to gaming display speed requirements.

How Much is the Acer Predator X27 NVIDIA G-Sync HDR Monitor?

The monitor is now available for pre-order via NewEgg.com for $1999.99 USD. Obviously, it costs than most people’s gaming PCs since it packs quite a lot of features.