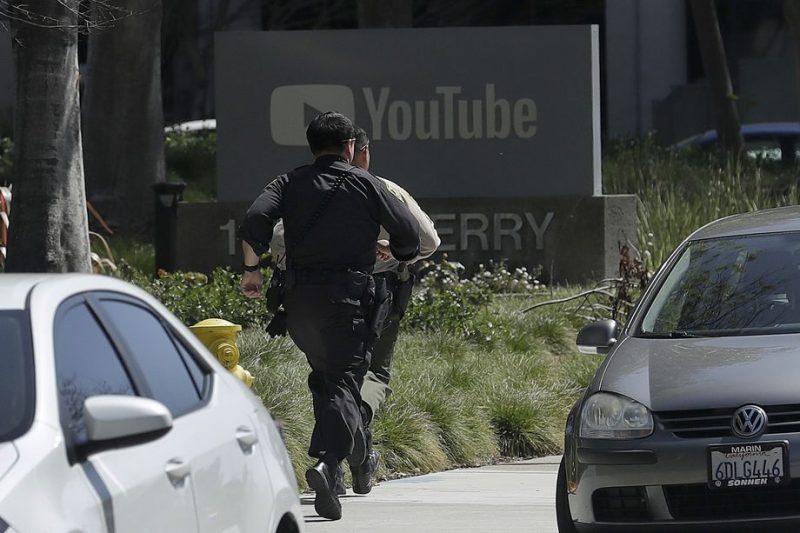 Employees fled from gunfire on Tuesday afternoon inside YouTube‘s headquarters at San Bruno, California. In light of recent mass shootings in the US, the police were quick to respond and evacuation efforts immediately started after initial 911 reports came in. YouTube’s San Bruno HQ has 554,000 square feet of space and can house up to 2,800 employees. There are more than 1,100 employees working currently. So police with armed SWAT vehicles stationed outside surrounded the facility. Securing employees to a nearby parking lot where other officers are awaiting. As of this time, all employees of the campus have now been evacuated.

Even US President Donald Trump responded to the situation immediately. Offering his thoughts and prayers via the medium he is most comfortable with: Twitter.

Was just briefed on the shooting at YouTube’s HQ in San Bruno, California. Our thoughts and prayers are with everybody involved. Thank you to our phenomenal Law Enforcement Officers and First Responders that are currently on the scene.

Most of the initial reports also came via Twitter, but from YouTube employees. Stating that they barricaded themselves with co-workers after the shots rang out.

Active shooter at YouTube HQ. Heard shots and saw people running while at my desk. Now barricaded inside a room with coworkers.

I got evacuated outside with my hands up. I’m with other people. I don’t think the shooter’s been found that I know of. I saw blood drops on the stairs I walk up everusay. I’m shaking. This is surreal. I hope my colleagues are okay.

Witnesses say they heard around 15 to 17 shots in total. According to police, four people are in local hospitals with gunshot wounds. One patient is in critical condition, while one is stable and one is fair. There is no word yet on the fourth shooting victim.

Where is the Suspect Now?

San Bruno Police Chief Ed Barberini said one female suspect was found dead from an apparent self-inflicted gunshot wound. According to TMZ, this gun-shot wound was to her chest, but they are not sure whether this is self-inflicted or not. The story is still developing and there is no official word yet from police as to the motive of the suspect. Although, authorities have discounted the fact that this could be an act of terrorism, but suggests that this is a workplace or domestic incident.