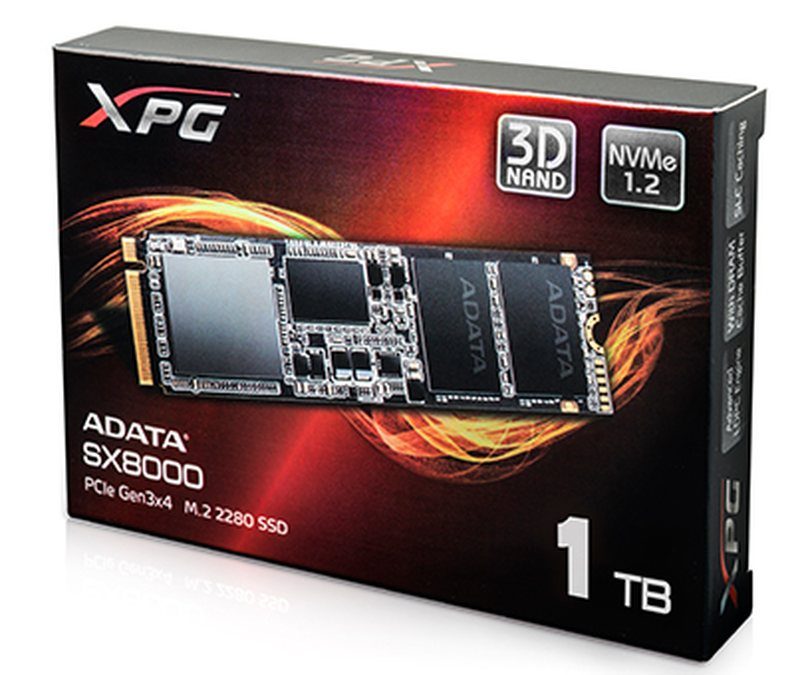 It is a great time to be building computers at the moment, especially when it comes to storage. We are past the times of slow SATA3 drives and more and more NVMe drives are arriving on the market. More drives mean more competition which usually results in lower prices and that is the best thing to happen for consumers. The latest of this type of drives to arrive is the SX8000 from Adata’s XPG series.

The newly launched Adata XPG SX8000 SSD comes in the compact M.2 2280 form factor and it is loaded with 3D MLC NAND flash which is coupled with an SMI 2260 controller. The drive meets the latest NVMe 1.2 specifications and connects directly to motherboards via PCI Express 3.0 x4 (PCIe 3×4) to deliver up to 2400 MB/s read and 1000MB/s write speeds at sequential operations. The random ratings are also quite nice with up to 100K IOPS read and 140K IOPS write. While those specs don’t break any barriers, they’re a big step up from current SATA-based drives and the XPG SX8000 can boost some new life into your system. 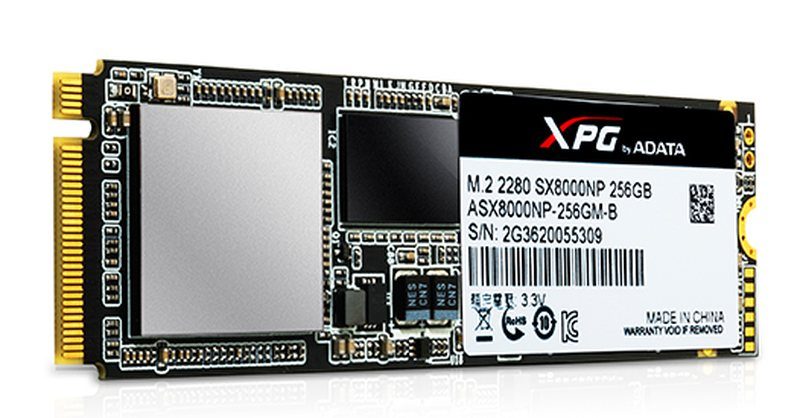 The SX8000 arrives in four different capacities starting at 128GB and moving over 256GB and 512GB all the way up to 1TB. With those choices, there should be a right size for everyone. These bare models will fit well into both mobile and stationary systems and Adata will also release a slightly faster version fitted with an attractive XPG heatsink by the end of October – adding a stylish bonus to those who wish to show off their systems through side panel windows or open-case setups.