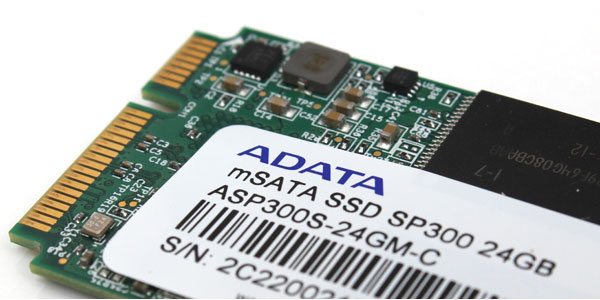 On a number of motherboards that we look at today, we find a feature that to some is a little overlooked and in some cases ignored altogether, namely the mSATA port. mSATA is not a brand new technology in its own right and has been around for a few years now, mainly in the laptop and notebook markets where space is at a premium and the compact build of the drives is well suited.

As said, mSATA has more recently been making an appearance on motherboards for the desktop market, yet with a fairly limited capacity in respect to a traditional size SSD its not one that most users will automatically turn to. There are a number times however where an mSATA drive fits the job requirements perfectly. One example of a suitable installation would be for a system with a very small OS footprint and where virtually no onboard storage is required such as a POS system. The type of use and where most home users would have this installed, would be for drive caching and system speed boosting via Intel’s Smart Response Technology.

We know ADATA have been around for many years and their bread and butter of their product line up has always been around DRAM modules for the consumer and enterprise markets but this has soon expanded out into other areas of flash storage such as SSDs. The SP300 itself comes as part of the manufacturer’s expansion into the mSATA division and lies in the middle of a set of three drives. The SP300 comes in 24GB, 32GB and 64GB capacities, each fitted with a SandForce SF-2141 controller offering upto 280MB/s read and 260MB/s write speeds from the MLC NAND flash memory on a SATA 3Gbps interface.