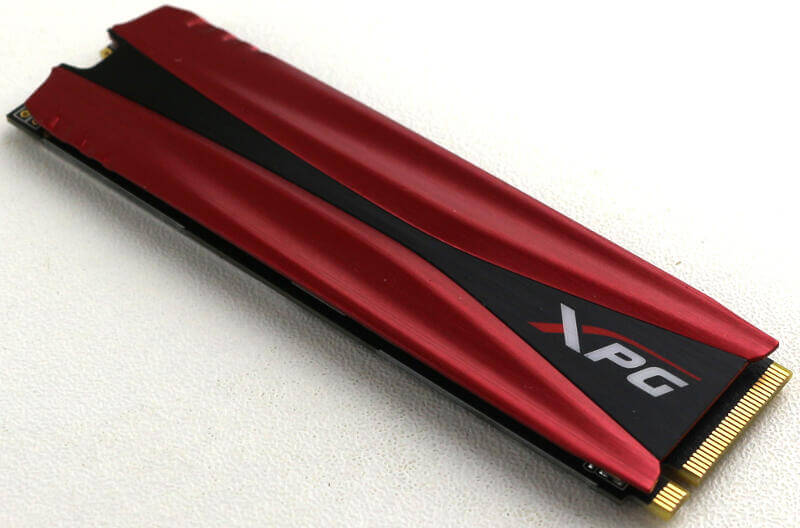 Today we’re taking a look at once of ADATA‘s newest drives, the XPG GAMMIX S11 PCIe NVMe SSD with 480GB capacity. Besides the 480GB version, there are a 240GB and a 960GB version too. One to match every kind of setup.

The M.2 2280 form factor makes the drive universally compatible. There aren’t many systems these days which won’t take this size. It is a PCIe 3.0 x4 module with NVMe 1.3 specifications. The only place where it won’t fit is small enclosure systems designed for bare modules only.

Equipped with a Heatsink

The heatsink isn’t just great looking, it’s also an effective part on a drive like this. NVMe controllers run quite hot which can lead to throughput throttling. That’s not something you’ll want from any drive, but especially not one like this that is geared towards the best performance.

The red and black heatsink features streamlined curves which can decrease the overall temperature by 10 degrees when compared to a non-cooled solution. 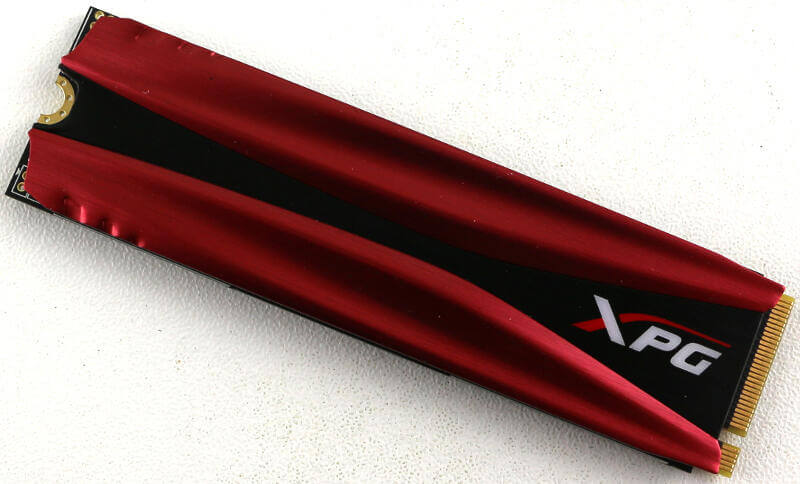 ADATA promises great speeds from this drive, in fact, it is the companies fastest drive to date. It can deliver up to 3200 MB/s at sequential reads and up to 1700MB/s at sequential writes. The random performance comes in at 310K when reading 4K data and up to 280K when writing it. That’s not too shabby, not at all!

It’s easy to see that ADATA is proud of the XPG GAMMIX S11. That’s a fact which is mirrored in the 5-year’s of warranty and an MTBF rating of 2 million hours. As for the TBW rating, you get 160TB per 240GB capacity. That gives this 480GB version a TBW of 320 TB. 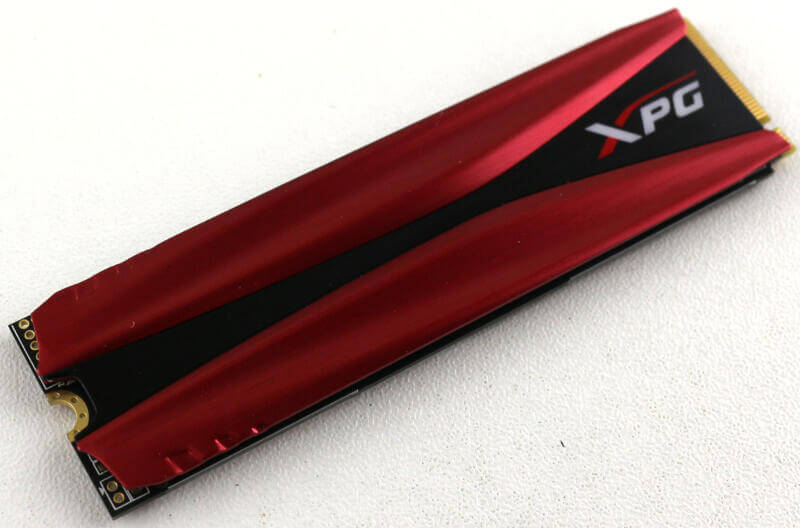 ADATA’s XPG GAMMIX S11 is built with some solid components. As the heart of the drive, we have a Silicon Motion SM2262 controller. The NAND on the drive is the 2nd generation of Micron’s 64-layer 3D TLC NAND. That is a combination which should deliver well.

TLC NAND is a bit slower than MLC NAND, but it is cheaper. To combat that effect, ADATA built the drive with SLC Caching and a DRAM Cache buffer. The LDPC ECC technologies will make sure that the drive holds the data integrity during even the most intense gaming, rendering, overclocking, and other high demand applications. Other features include DevSleep for the lowest power consumption and RAID engine for, well, RAID setups.

ADATA has an official product video for the GAMMIX S11 which is embedded below. It highlights all the advantages that come with it.

ADATA’s XPG series is aimed at gamers which is reflected in the design. Not just the drive’s design, but also the package. Red and black has been a synonym for gaming setup for years. Vital information such as the capacity and standards are all on the front of the box. 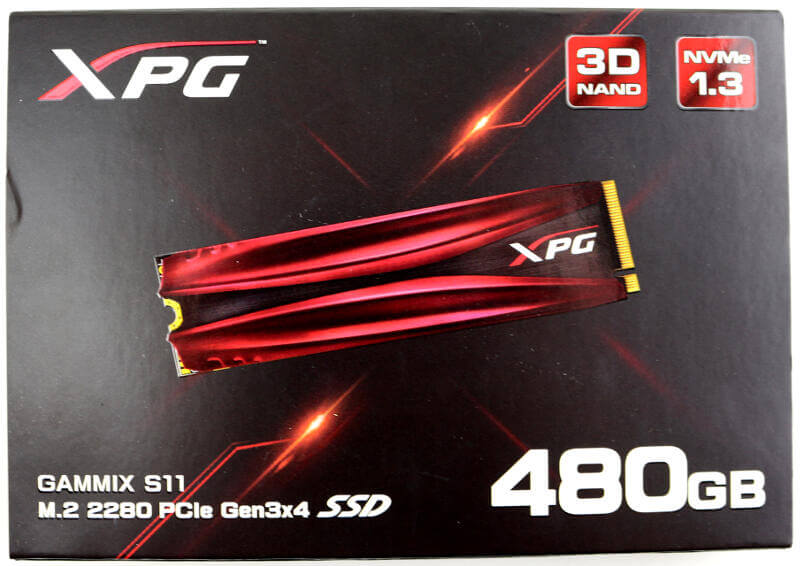 The rear side has more details on the features and performnace in various languages. 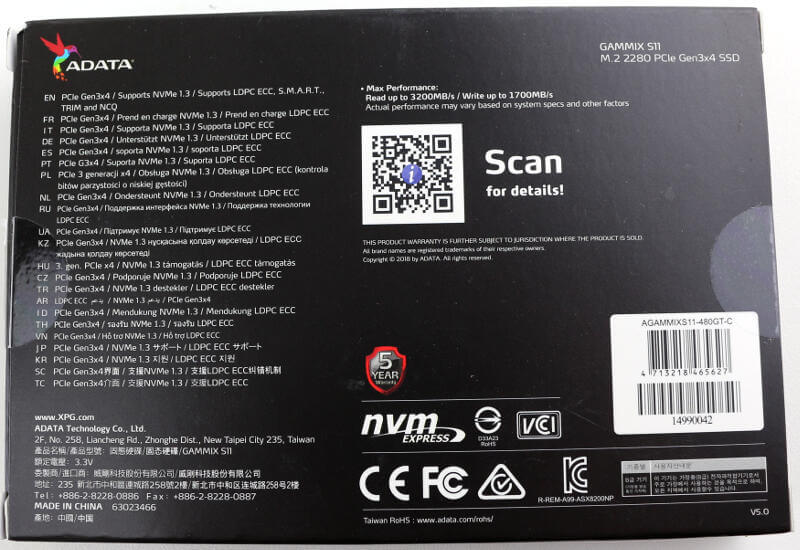 The box also highlights that this is a high-end drive by being a display box. When you open the flap, you’ll get a list of the feature highlights as well as a view on the included drive. 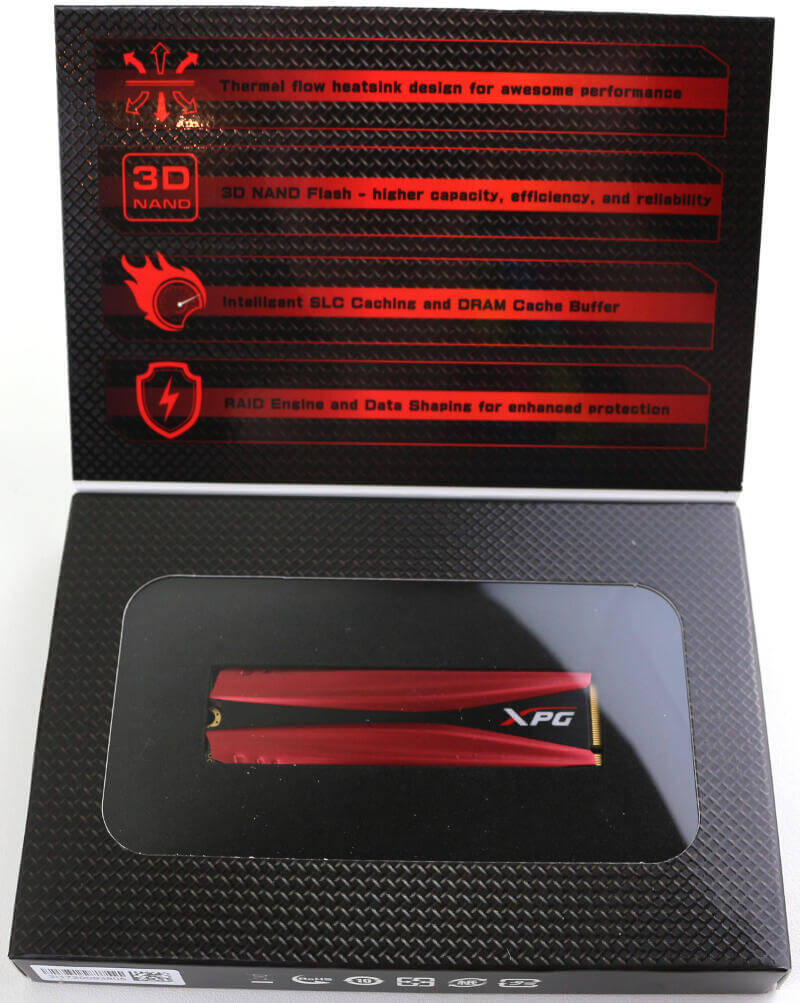