XPG is ADATA’s gaming and high-performance brand and as such, we expect some great things from a drive in that line-up. The new GAMMIX S11 PRO is built on proven components paired with the latest in controller technology. ADATA opted for Silicon Motion’s SM2262EN controller which is a beast. It has eight channels, four ARM Cortex-R5 cores, and plenty of advanced features. The controller is paired with 64-layer 3D TLC NAND for a high-performance drive. 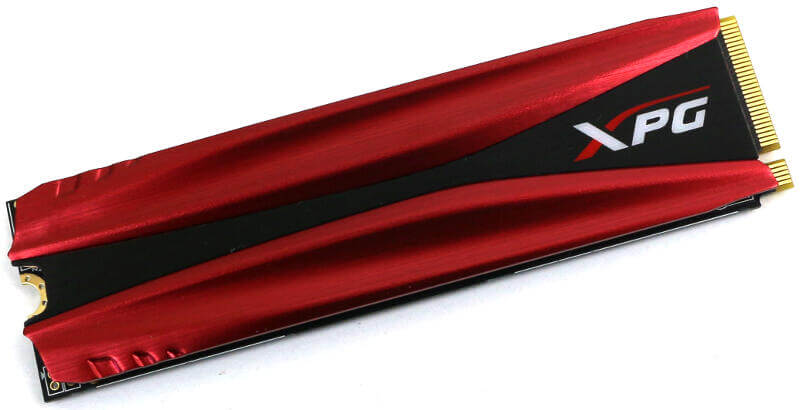 Heatsink, Do We Need This?

Just as with the non-PRO version, the XPG GAMMIX S11 PRO features a heatsink. And do we need it? Well, the short but unclear answer is sometimes. In a perfect setup, it should run flawlessly without. But without, it could run into thermal throttling which no-one wants. The XPG GAMMIX S11 PRO runs 10 degrees cooler with it, making sure that you get the best performance at all times. It also looks really great, especially when compared to a bare module.

There are a few situations where the heatsink isn’t so smart and that is for laptops and motherboards with built-in heatsink solutions. Laptops might not have the free space to support the heatsink. After all, they’re built to be as thin as possible. And motherboards with built-in heatsink solutions for the M.2 slots, well, there it’s obvious. Can’t have it double up.

Without dragging it out any longer, let us get to performance figures. The drive supports NVMe 1.3 and it is a PCIe Gen3 x4 drive. As such, it’s capable of big things. The sequential performance is rated at up to 3500MB/s when reading and 3000MB/s when writing. That’s a big step up in the write speed from the non-PRO model. The random performance increased as well, but not as much as the sequential. The GAMMIX PRO delivers up to 390K read and 380K write 4K random IOPS. 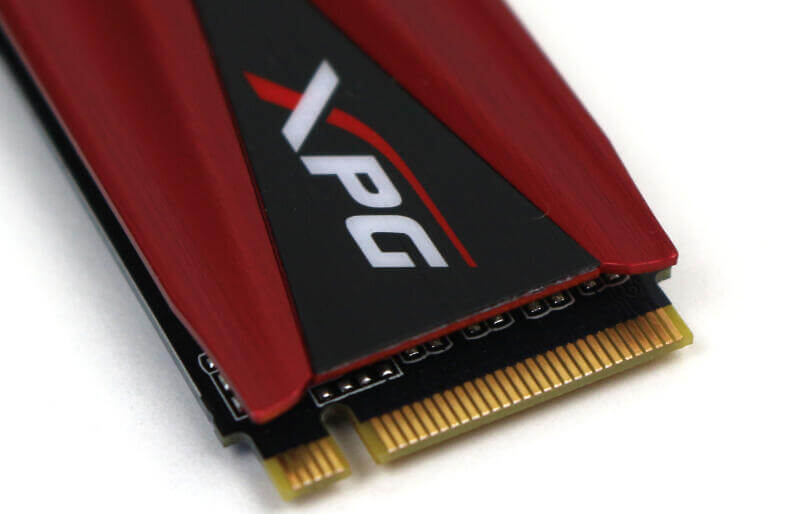 Performance is important, but so is endurance. ADATA backs the XPG GAMMIX S11 PRO with a really nice 5-year warranty. The drive is rated for an MTBF of 2 million hours while the TBW rating comes in at 160TB, 320TB, and 640TB for the 256GB, 512GB, and 1TB drives respectively.

What Does ADATA Have to Say About the Drive?

Employing the extra-fast PCIe Gen3x4 interface and featuring NVMe 1.3 support, intelligent SLC Caching, and a DRAM cache buffer, the SSDs accelerate read/write speeds up to 3500/3000MB/s and deliver random performance of up to 390K/380K IOPS.

The packaging is quite standard for an SSD. We get a cardboard box with a hard plastic insert. The box itself is made up of the same colours as the drive, black and red with a little white. The feature highlights and capacity are all shown on the front from where you can see the included drive as well. 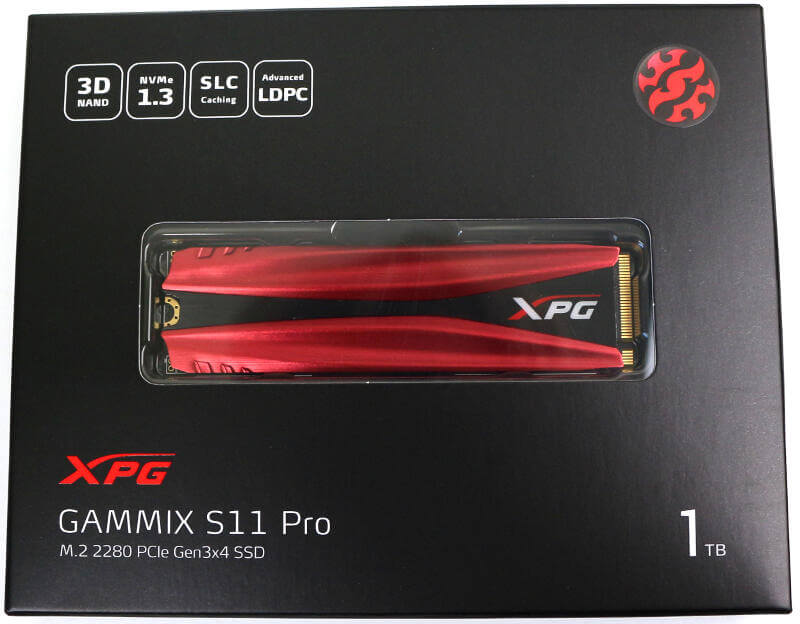 The rear side has a few more details in various languages. It also features a QR code which you can scan for a quick linking to the product page. 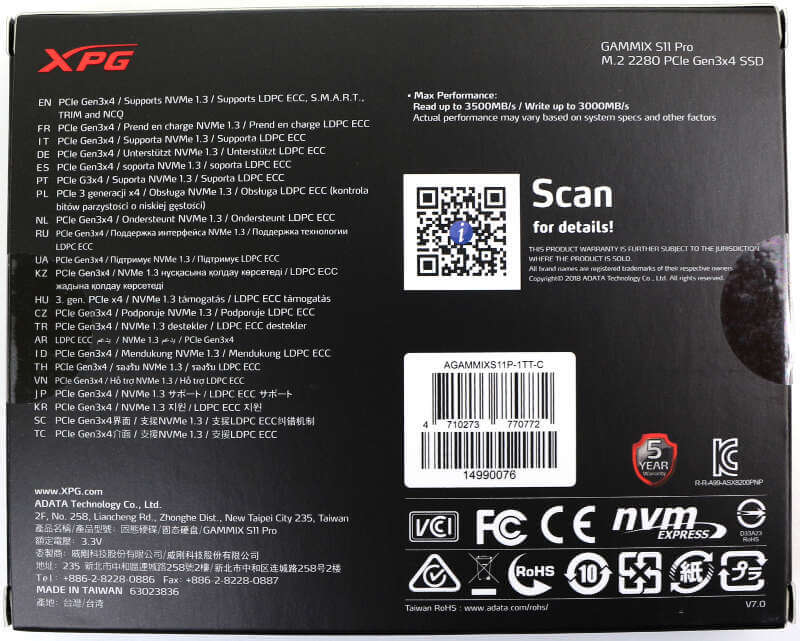