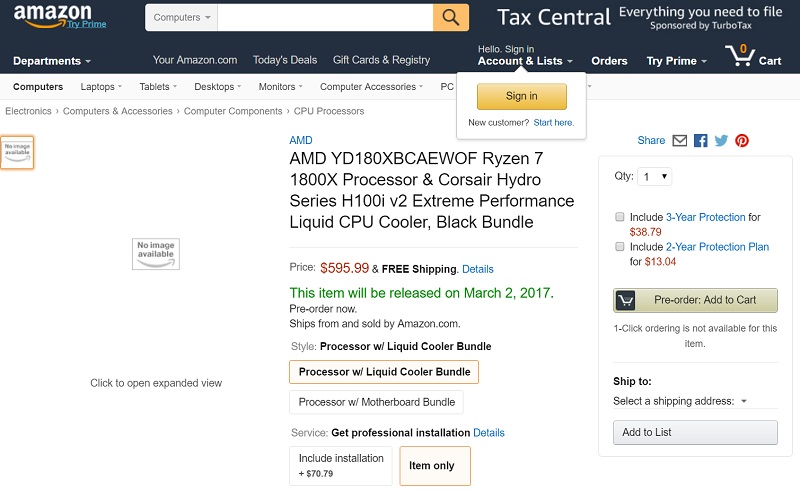 With all the excitement around Ryzen, it’s no surprise that even retailer are feeling the effects of the hype. Earlier in the month, we got some pretty comprehensive pricing leaks but even more retailers have joined the fray. This time around, we have Amazon, Memory Express (Canada) and stock information from Japan. As we’ve seen before, AMD is really gunning for marketshare with amazing value compared to Intel. 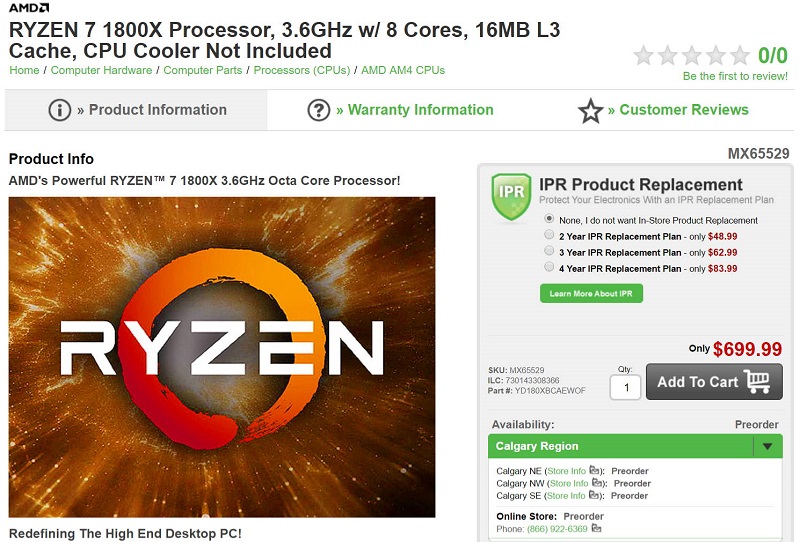 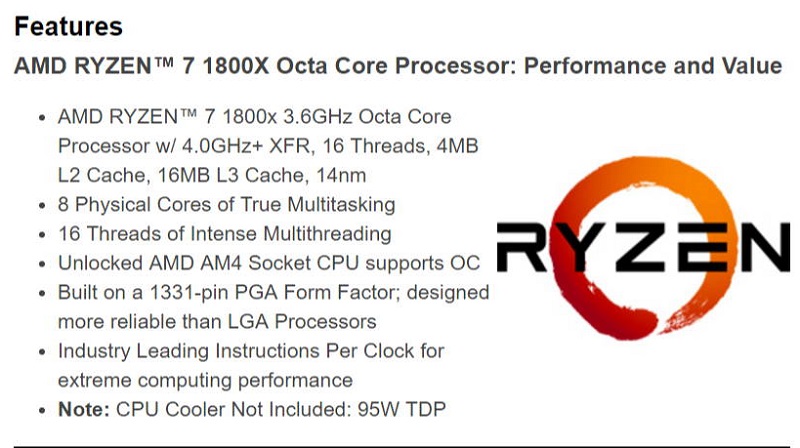 Last of all, we also have a report from Japan on stock which is critical if AMD wants to sell. Unlike some previous launches, AMD has prepared plenty of stock which should cut down on price gouging. It’s also a good sign that AMD is confident in Ryzen and with the leaked prices and benchmarks, they would be blind not to be. The Japanse prices are  R7 1800X for 65,000 yen,  1700X  for 50,000 yen and R7 1700 for 43,000 yen.