A Closer Look at the Details

It’s time to look a little closer at the details.

The included AC/DC adapter delivers up to 12V 5.41A which equals about 64W of power. That’s more than enough for a system like this.

Despite the TS231P’s size, there are a the same features you’ll find on bigger NAS devices. We have our power button and one-touch copy button as well as a front-facing USB 3.0 port. 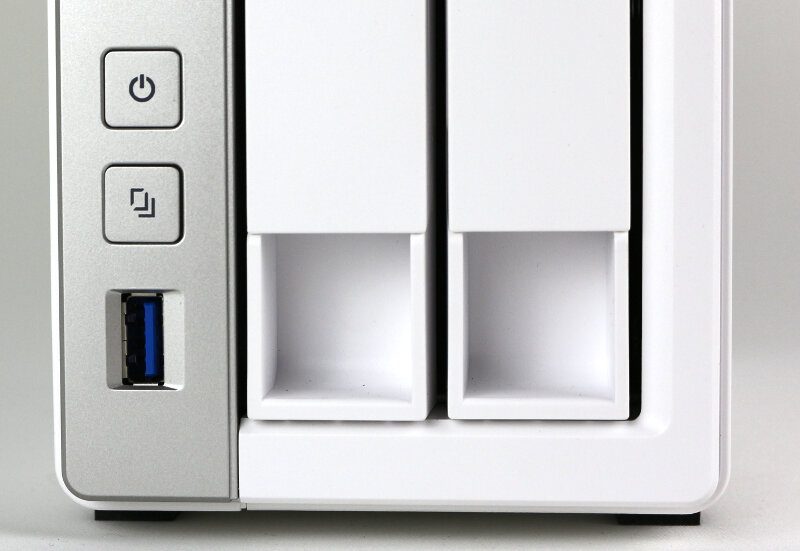 At the top are LEDs for the various statuses. There’s only a single LAN LED despite two LAN ports, but each HDD has its own. 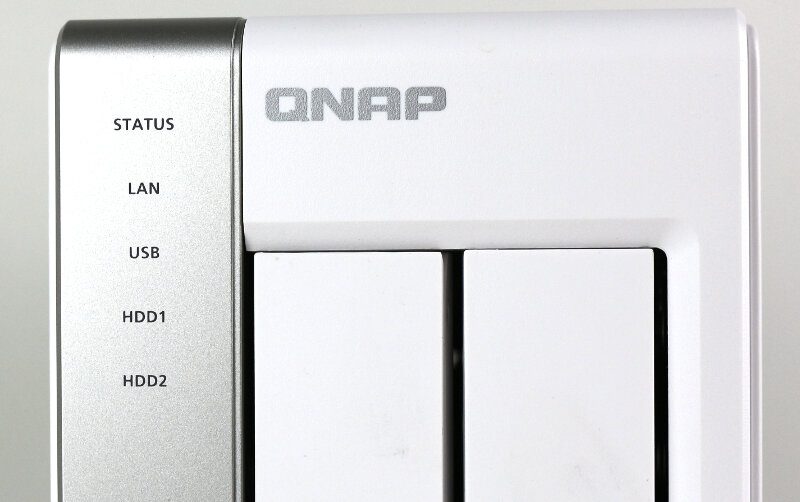 You’ll find two more USB 3.0 ports on the rear of the unit. 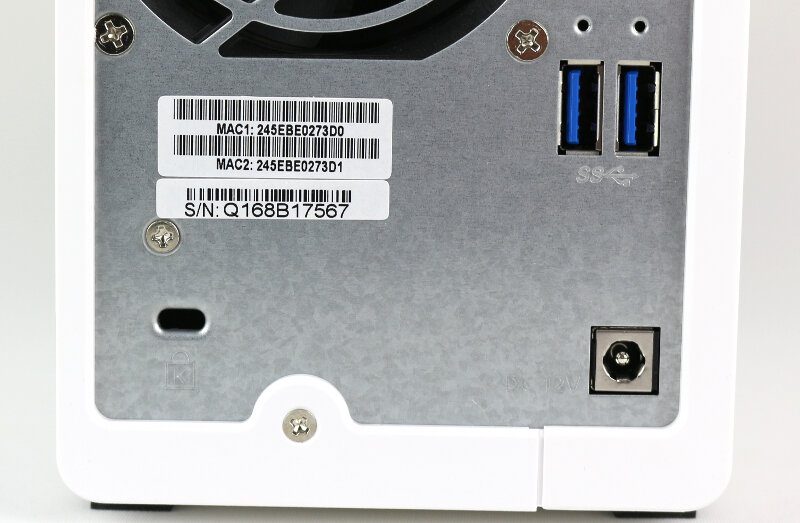 Further up the unit are the two RJ45 Gigabit Ethernet ports next to the 70mm silent fan. 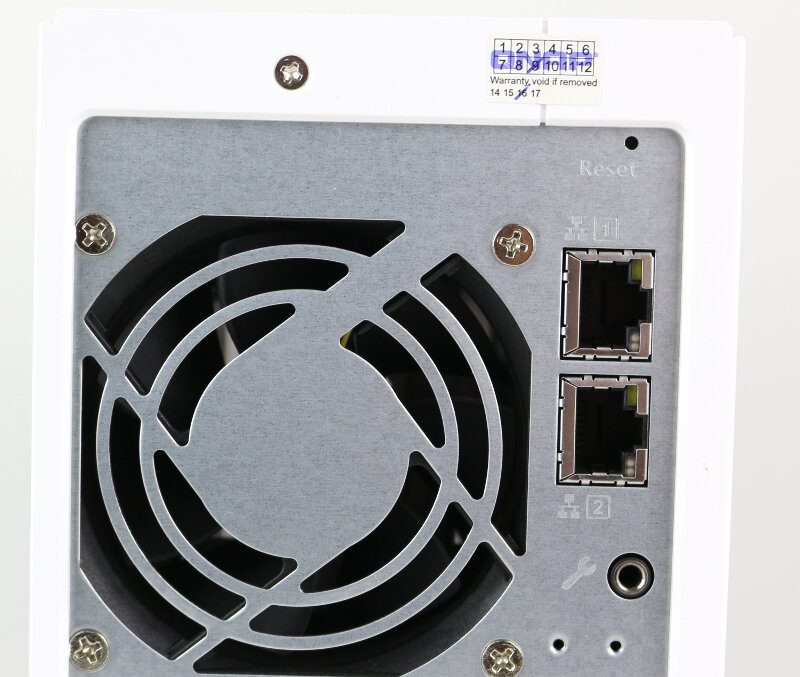 The Sides and Bottom

The sides aren’t so spectacular as such, but there are air vents on one side and the myQNAPcloud key and QR codes are on the other side. 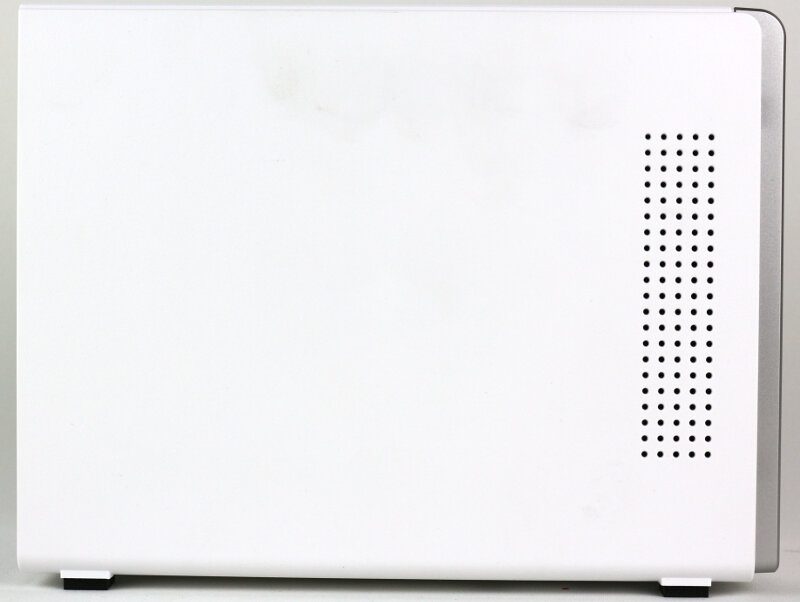 The bottom has four small rubber feet which should prevent vibrations from travelling between the NAS and the surface.

The drive trays allow for both 3.5-inch and 2.5-inch drives to be mounted and that’s a great bonus. It opens up for more drive options and that’s a plus in my book. There is no tool-less installation feature, but two drive equals eight screws. That’s a manageable number. 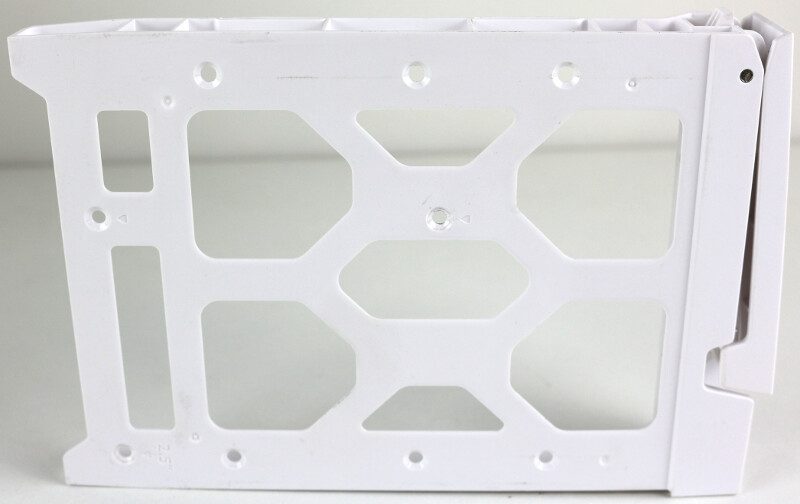