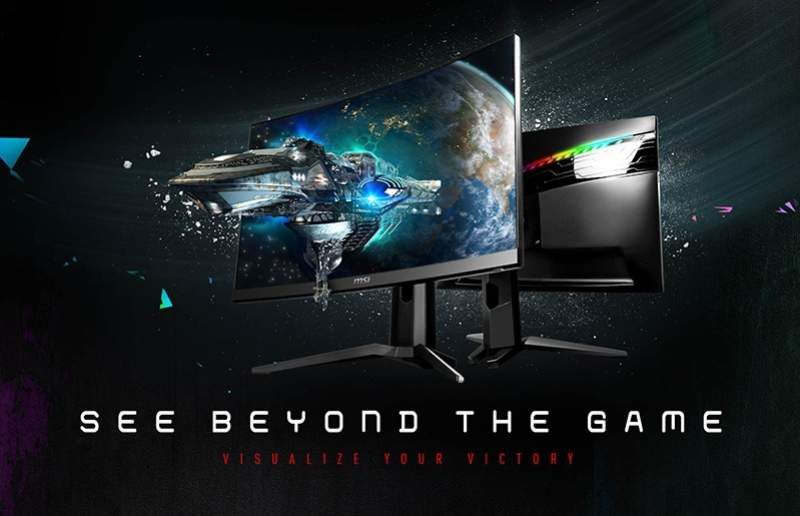 G-SYNC is an anti-tearing, anti-flickering and anti-stuttering monitor technology designed by NVIDIA. Formerly, it required a special hardware built-in or upgraded via a kit to run. That is of course if the monitor has a compatible panel that NVIDIA certified.

With the newest release of the GeForce GPU driver, NVIDIA now allows G-Sync to be used on monitors that support Adaptive Sync technology. As long as the panel is good enough to NVIDIA’s certification standards and used with a GeForce video card.

Which MSI Monitors are G-Sync Compatible?

The good news is that almost all except the Optix G24VC and Optix G241VC are G-Sync compatible. That means 16 out of the 18 Adaptice Sync models in MSI’s Optix line.

MSI also has their Oculux line which come with NVIDIA G-Sync hardware out of the box. See the table below for reference. 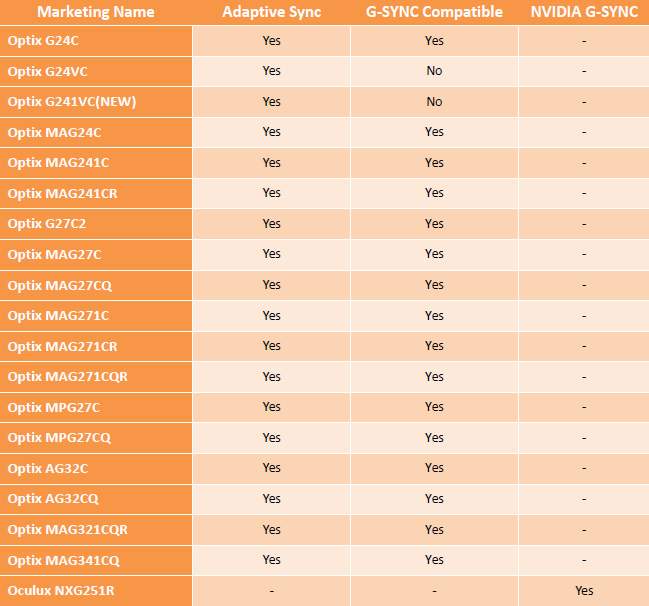 The list is a result of the company’s internal testing and have been verified with three different GeForce video cards. These are the RTX 2070 Ventus 8G, RTX 2080 Ventus 8G, and GTX 1080 Gaming 8G on Windows 10.

Also, note that at this time, there is only support for a single display. Multiple monitors work but no more than one display would have G-SYNC Compatibility enabled.