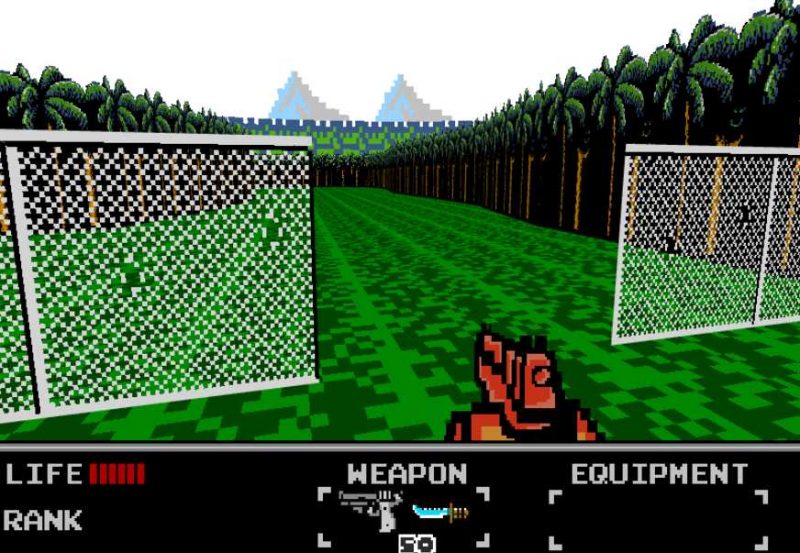 Doom is, without a doubt, one of the most iconic gaming releases ever made. Seeing a port on practically every system (and in the ’90s there was certainly a lot more than there are now) the original game, while spawning several excellent sequels, will always have a place in gaming history. The original Metal Gear, however, holds a somewhat more dubious title. It is a game better remembered through the sequels rather than the original NES release.

There is, of course, good reason for that. Namely, that it was a bit of a mess. Poor translation, confusing maps and clunky gameplay all came together to create a game that had a lot of potentials, but not quite execution.

A modder, however, has decided that it needed a remake. Rather than remaking it ‘as was’, however, they have instead decided to recreate the game entirely using the original Doom style interface.

The mod, which has been created by ‘AutumnAPM’ is definitely something of a labour of love. It does, however, surprisingly manage to combine the two genres into one very playable game. You will, of course, appreciate it more if you played the original Metal Gear. Even if you didn’t though, I’m sure you’ll take more than a little pleasure from this.

Although the game is currently only in an ‘Alpha’ build, it is currently available to download for free. You can check it out via the link here! – As always, any downloads are at your own risk!

What do you think? Are you impressed with the mod? Looking forward to seeing more from it? – Let us know in the comments!