Liquid cooling manufacturer Alphacool is leveling up their award-winning Eisbaer AIO series by offering a new 420mm radiator model. The Eisbaer series is like many all-in-one CPU coolers with its pre-filled and ready-to-use design. However, it is much different since it actually uses a full-copper radiator and a much more powerful and quieter pump. Although some competitors might claim expandability, the use of cheaper aluminum radiators with copper cold plates promotes erosion and affects performance. Alphacool’s Eisbaer on the other hand uses their all-copper NexXxos radiators which is compatible with copper blocks and most coolants. 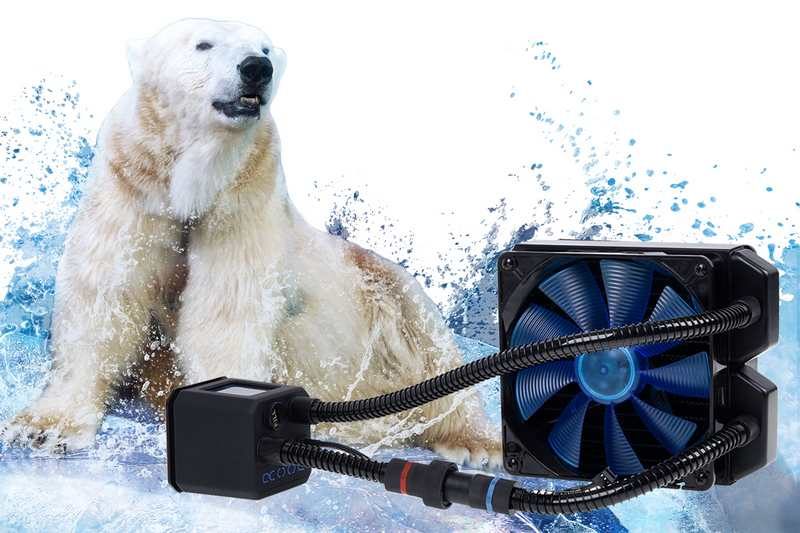 The new 420mm Eisbaer retains much of the same features as the 120, 240, 360mm version. This includes the DC-LT ultra low noise ceramic pump, quick connector for Eiswolf GPX expansion and Eiswind fans. The Eiswolf GPX expansion allows users to attach their graphics card to the existing Eisbaer system. With the new 420mm size, there is a lot more cooling allowance for expansion.

To close the performance gap between the 120mm and the 240mm Eisbaer versions, the company is also introducing a 140mm version. This lets users with limited radiator space of only a single 140mm fan have better cooling performance the 120mm version.