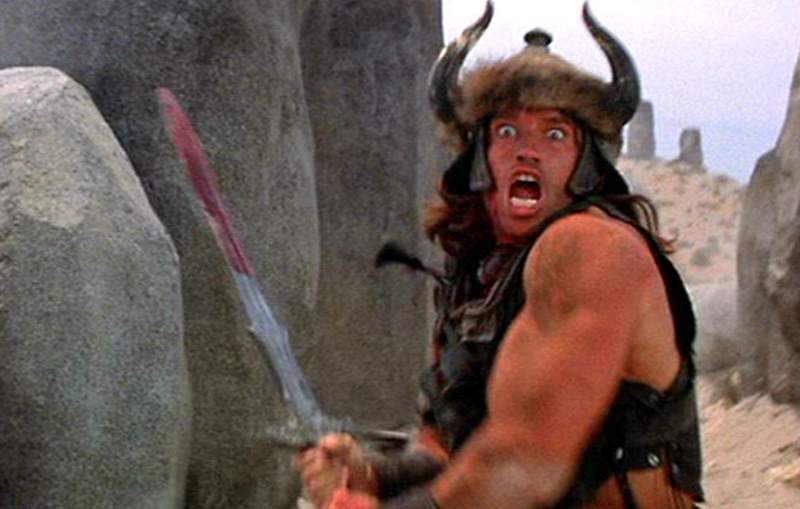 Robert E. Howard’s classic Conan the Barbarian is getting his own television drama series. Deadline reports that Amazon has secured the rights to the property and bringing in major talent to develop it. Those involved in the project so far include Colony co-creator Ryan Condal and Game of Thrones director Miguel Sapochnik. Executive producer Warren Littlefield of award-winning shows Fargo and The Handmaid’s Tale is also on-board. Condal is handling the writing duties and seeks to take Conan back to his literary origins.

Why is Amazon Betting Big on Fantasy Stories?

With HBO’s massively popular Game of Thrones nearing its end, other companies are clamoring to take its place. Amazon in particular is betting heavily on the Fantasy genre. Even Jeff Bezos himself is personally involved in securing rights to The Lord of the Rings. With Conan the Barbarian in their stable, it significantly increases Amazon’s chances to compete with Netflix and Disney’s upcoming streaming service.

Amazon is not just betting on fantasy but on sci-fi as well. Four months ago, they announced that they have the rights to Larry Niven’s Ringworld and Neal Stephenson’s Snow Crash. Both are highly popular science fiction books which will also get a TV series treatment.

Obviously, sci-fi and fantasy stories tend to cost a lot more to produce than standard drama. But then again, with Jeff Bezos and Amazon’s pockets as deep as it is, it is unlikely that funding these projects would be a problem.

Who Should Play Conan?

That just leaves the question of who should play the iconic barbarian.  Arnold Schwarzenegger is obviously too old to reprise his role. Jason Momoa who played the 2011 movie adaptation is also not likely to star in the series considering how badly that failed.

Who do you think should get the role?