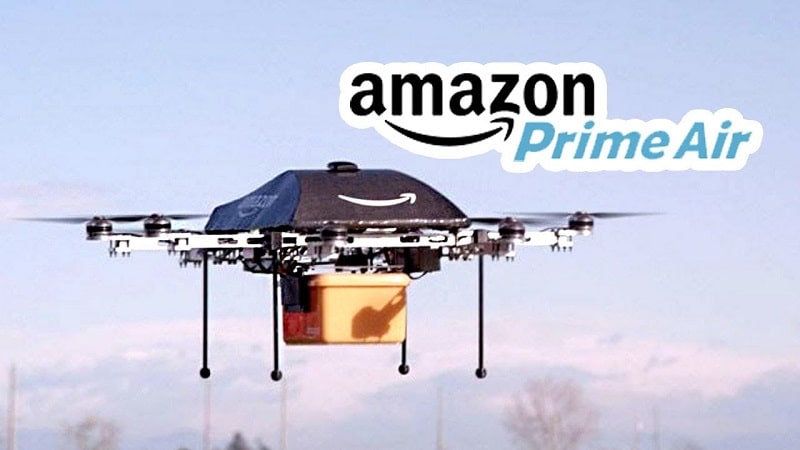 Amazon has been granted a patent for its previously announced, potentially still just theoretical, drone delivery system. The online retailer originally announced ‘Amazon Prime Air’, a plan to deliver the less valuable goods such as books, DVD’s and toilet paper; by utilising the drones. Since December 2013, it has been seeking authorisation from the US federal Aviation Authority to start testing the drones in the real world.

With the recent approval in the US, the drones have been limited to testing within the sight of the pilot; it has also tested this in Canada and has a development centre in the UK. This sounds like a work of Science fiction, but Amazon maintains that it aims to “get packages into customers’ hands in 30 minutes or less” with this system.

“As part of that wider process Amazon submitted a patent application in September 2014 detailing how the unmanned craft would talk to each other, share weather information and get packages to homes and businesses safely.

The patent has now been published, revealing new details about the system. They include:

The timing couldn’t be better, the FAA this week said it would grant test of unmanned helicopters to be used to spray crops and also give experimental approval to drones for use in journalism.

How do you feel about drone being granted? I look forward to having some of my small computer parts delivered this way, especially if they can do it in 30 minutes. Let us know what you think in the comments.