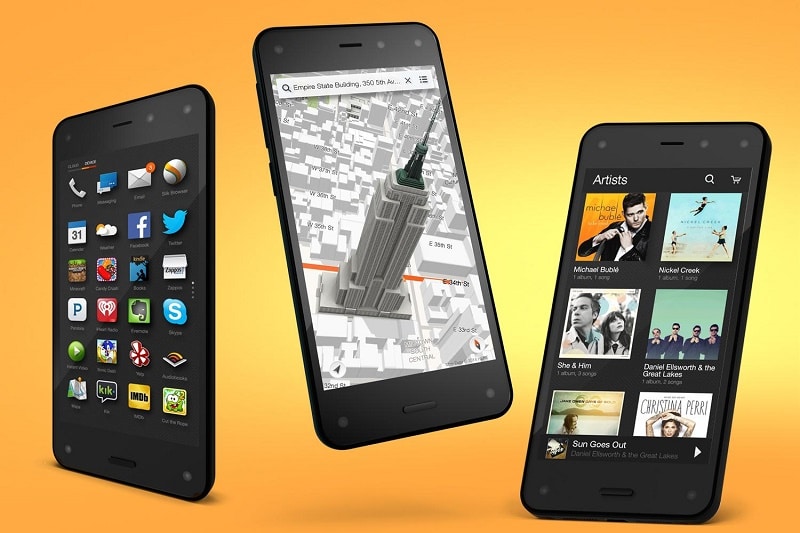 Amazon, global online e-tailing giant has taken a dip into a multitude of different markets with varying success rates. Its own branded product range includes the highly regarded Kindle range, which in its own right is massive. Then you have the Fire smartphone and tablet range; the Fire Tablet was a good introduction into the market, but the Fire Phone stagnated with little input.

It started life as a high-end competitor boasting huge specs and a huge price tag to go along with it. Since then the price has dramatically dropped to around the $200 mark and still includes a year Amazon Prime subscription, which is $99 alone.

Those of you that bought the phone and whatever price point can now rejoice, the Fire Phone has its own Android skin overlayed over a previous Android version. Up until recently it used Android 4.2 (Jelly Bean) and has now been updated to 4.4 (KitKat). To those who keep up to date with Android will know that it is still over a year old and massively behind the current 5.1 updated Lollipop version.

“KitKat is responsible for a bunch of the new things Fire OS picks up, including Bluetooth 4.0 support, improved accessibility, printing support, security and accessibility features, and an emoji keyboard (Amazon uses unchanged versions of Google’s emoji, the same you’d see on a Google-blessed Android phone). The Fire Phone still lacks support for Google’s closed-source apps and APIs (much to the detriment of its ecosystem), but if it ended up in the open-source bits of Android 4.4, then it should be here. A handful of Fire OS-specific features, including lock screen notification improvements and the ability to change the home screen wallpaper, have also been added.”

I’ve always stuck by what I know, I love my Samsung Galaxy S6. What phone manufacturer do you use? Did you consider the Fire Phone when it was released? Let us know in the comments

Thank you to ArsTechnica for providing this information.