Amazon Warehouse Workers To Be Given Robot Safety Belts

While the conditions of working inside an Amazon warehouse might have been brought under some question in the last year, there is little doubt that robots and automation plays a huge role in the retail giant managing the huge volume of orders it receives. It seems, however, that to help promote staff safety, warehouse workers are being given a new utility belt.

In a report via The Verge, Amazon is rolling out the implementation of a ‘safety belt’. A device that essentially acts as a ‘high visibility jacket’ to the robots.

The “Robotic Tech Vest” has been rolled out as an improvement to the existing systems with it being created with technology to make robots humans detection far easier. This has specifically been designed for the operation areas in the warehouses which are usually ‘robot only zones’.

As such, wearing the belt will allow maintenance workers to be, pretty much, immune to the robots advances! 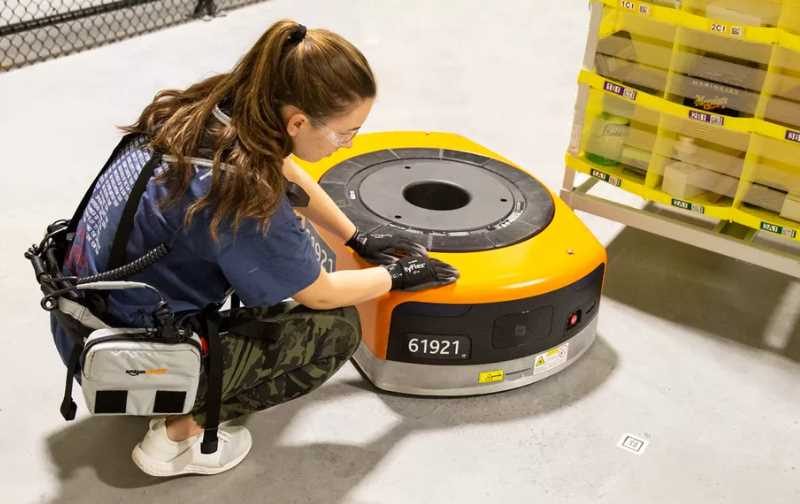 Amazon’s VP of robotics, Brad Porter has said: “What the vest allows the robots to do is detect the human from farther away. And smartly update its travel plan. To steer clear without the need for the associate to explicitly mark out those zones.”

Given that Amazon ’employs’ roughly 100,000 robots in their warehouses, this is clearly a smart innovation to promote worker safety. It, therefore, seems that when it comes to their working conditions, this is at least one area of improvement! Worst-case scenario, they’ll be useful in fending off killer robots!

What do you think? Impressed with the technology? Will this help promote more safety in the warehouses? – Let us know in the comments!