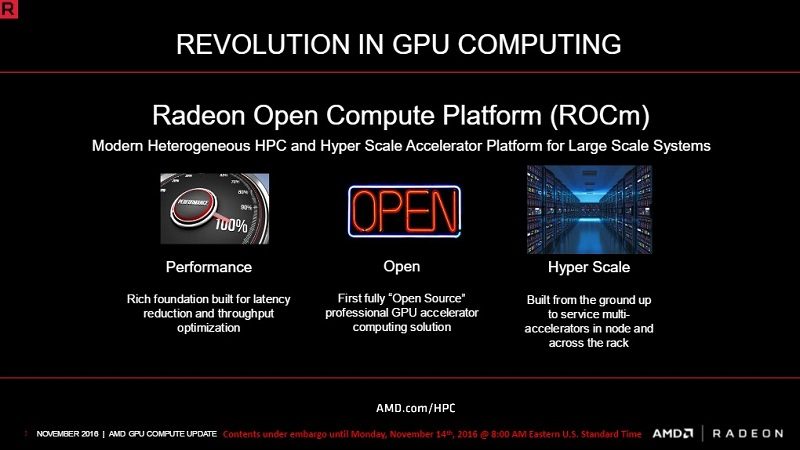 AMD has just officially unveiled the Radeon Open Compute Platform (ROCm) which a new open-source foundation for Hyper Scale and HPC-Class computing. This initiative is based on a rich foundation of open source tools which tune deep learning frameworks and optimise parallel programming. As you can see, the HSA provides a host of features including user mode queues, architected queuing language, flat memory addressing and more.  The Rich Compiler Foundation and GCN headless Linux 64-bit driver are also of great interest which has been summarised below: 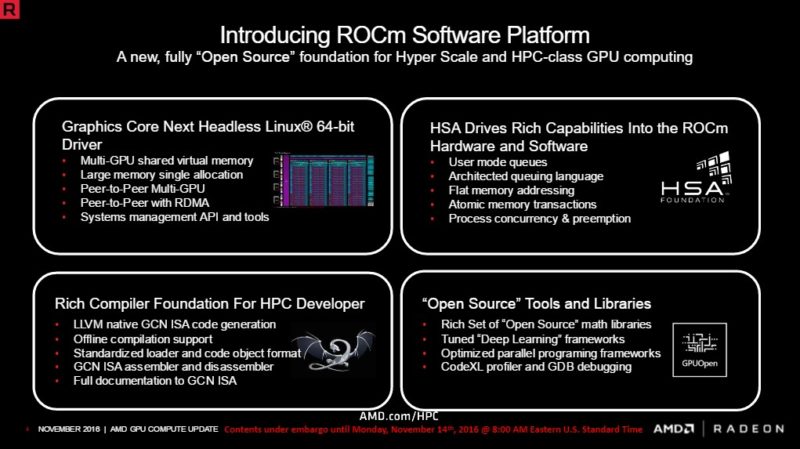 The project is a language-neutral solution to match developer needs as heterogeneous programming models evolve. AMD’s Radeon Open Compute Platform has the ability to use a wider range of key coding languages which appeals to the entire engineering community. The slides mention OpenCL, CUDA, ISO C++ and Python. 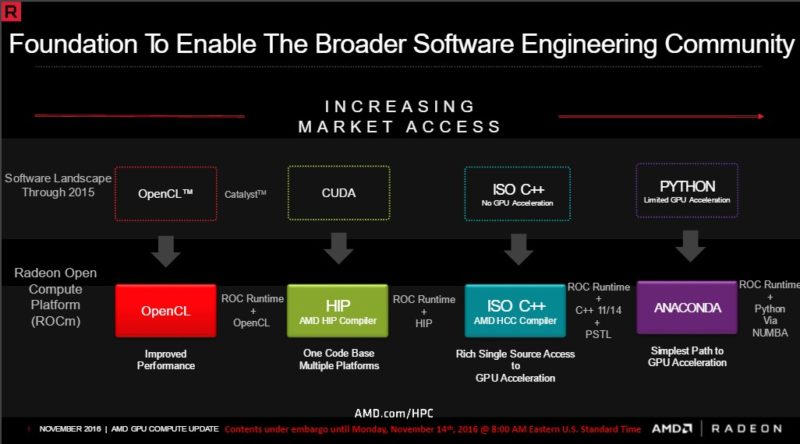 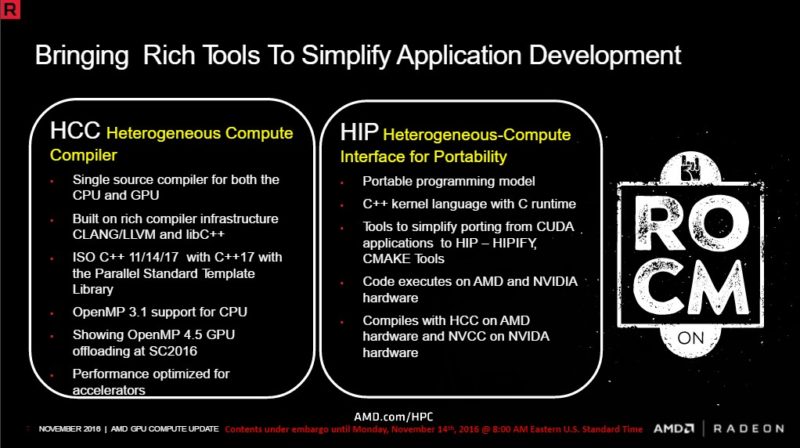 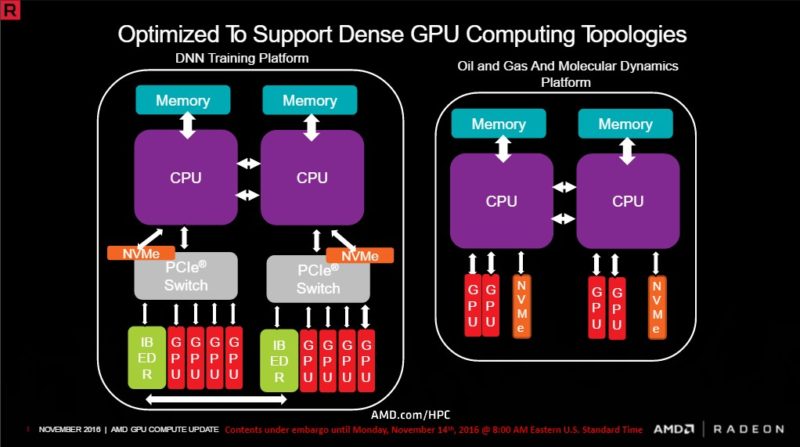 Here we can see the timeline which resulted in ROCm 1.3 being released: 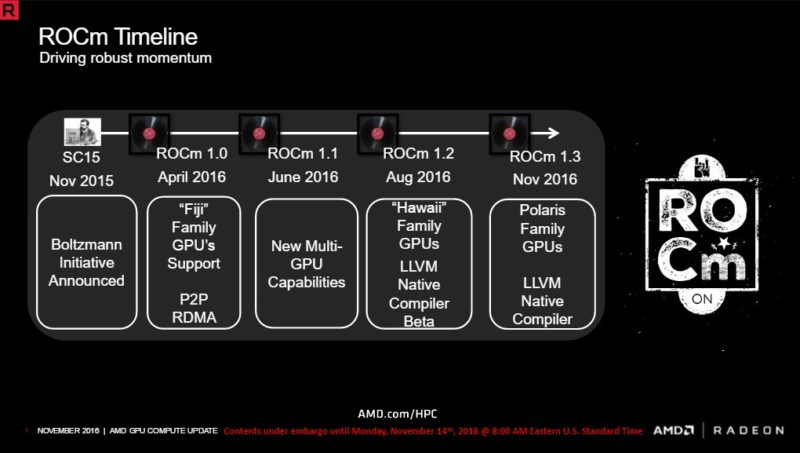 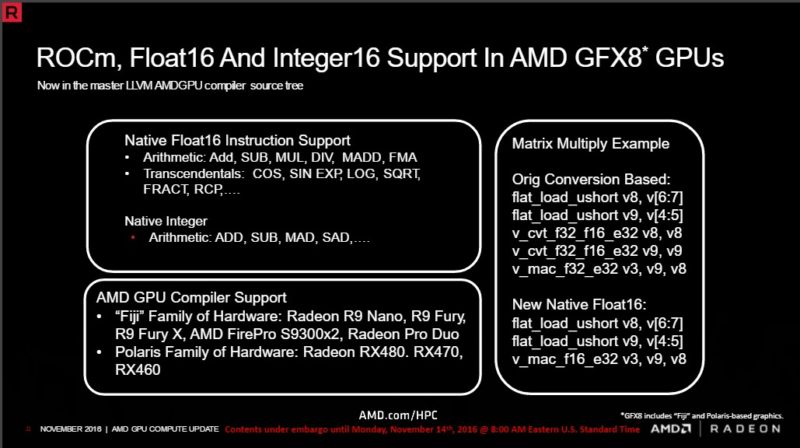