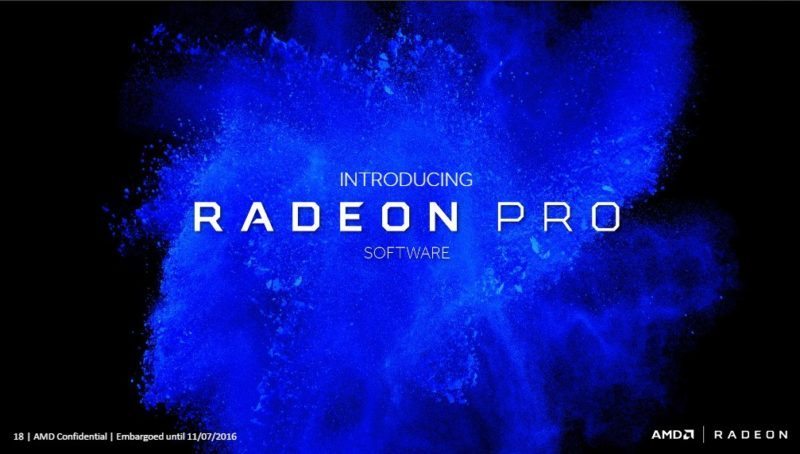 To coincide with the upcoming release of AMD’s Radeon Pro WX series, the company has embarked on a new software package with reliability at its heart. The comprehensive testing period and support for the latest APIs will be extremely important for industries who rely on AMD’s Radeon Pro solutions. As you can see, the enterprise driver is designed to aid productivity and increase performance over time. 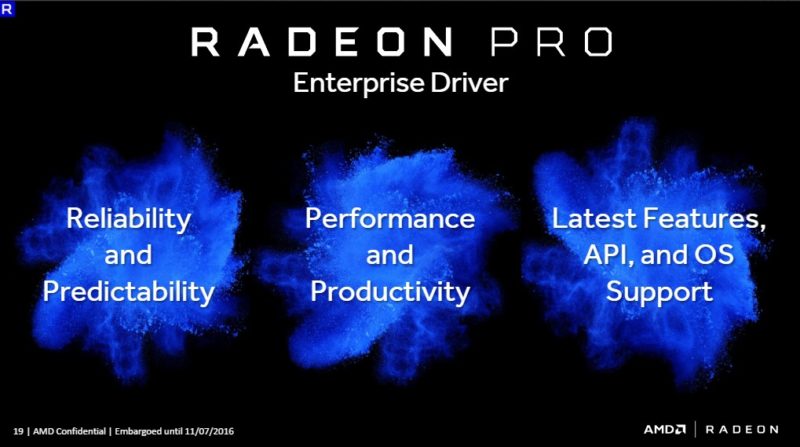 The software suite has robust application support, a predictable SW release schedule and once again targets the highest quality of reliability. 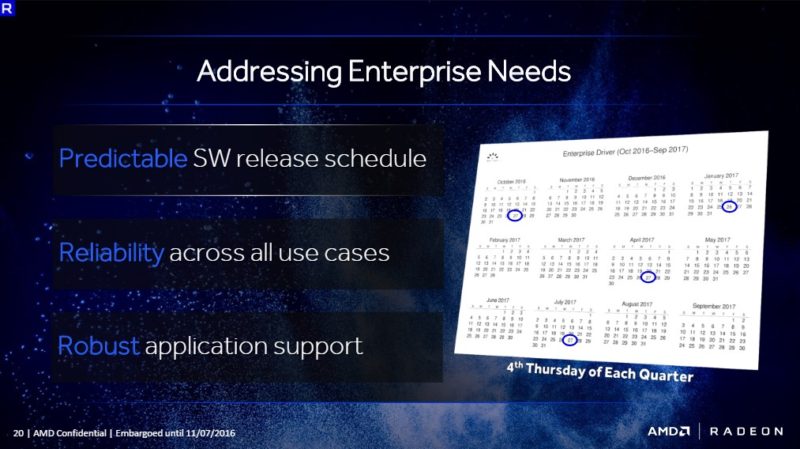 More specifically, each driver undergoes an extended testing period and AMD even goes beyond ISV testing to offer exceptional reliability. The platform testing is more strenuous than OEM qualification which should put enterprise users mind at ease. 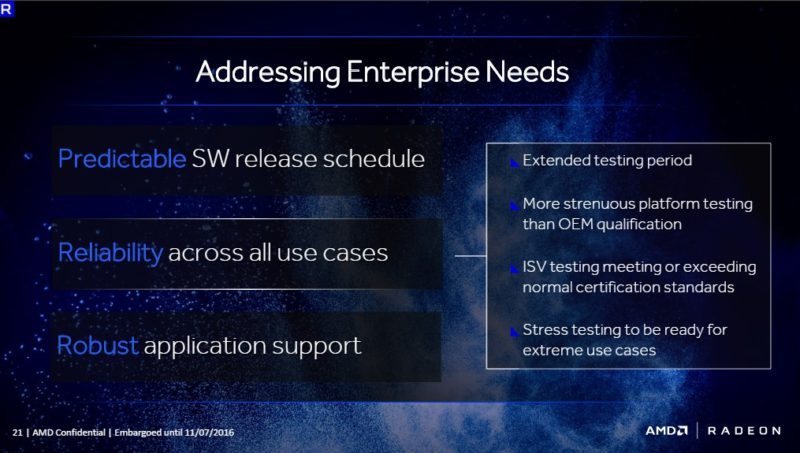 AMD’s enterprise driver is certified in over 100 professional applications including SOLIDWORKS, AutoCAD, 3DS Max, Maya 2016 and much more. This level of compatibility with industry-standard applications makes AMD’s solutions quite versatile and able to work in a number of different workstation environments. 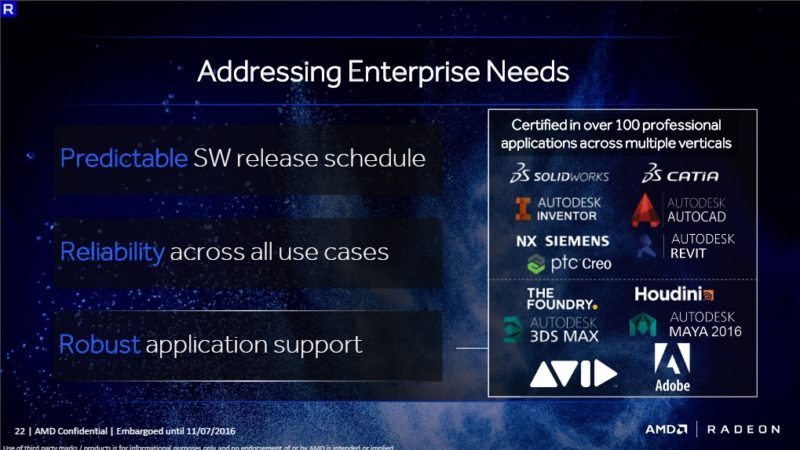 Here we can see massive performance gains with the AMD FirePro W7100 in PTC Cero, Siemens NX and DS Catia between the older driver and 2016-Q4 enterprise driver. Evidently, AMD is tuning the performance of each Radeon Pro product rather effectively and offering superb post-release support. 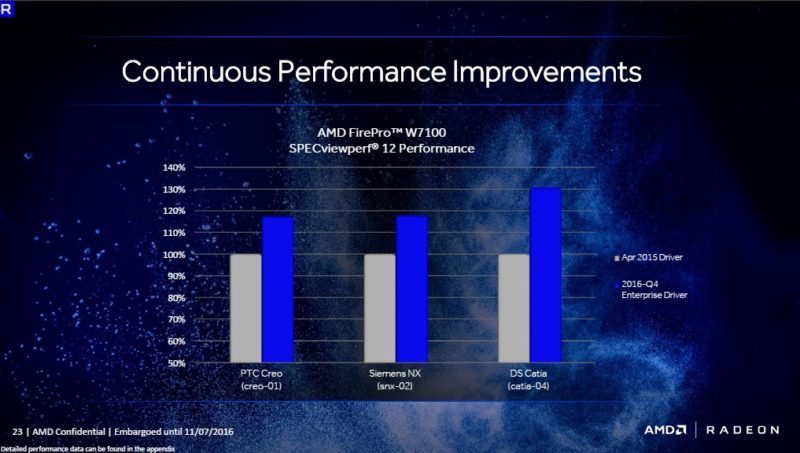 The Radeon Pro WX range will benefit from both the performance improvements over time and extremely stringent testing which goes into each driver release. 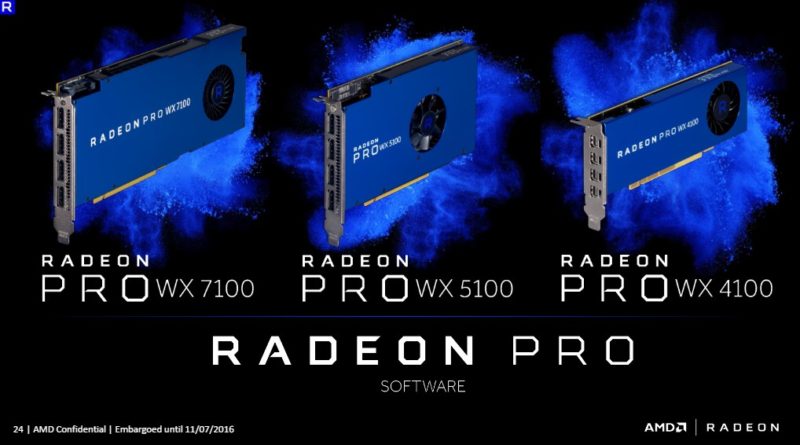