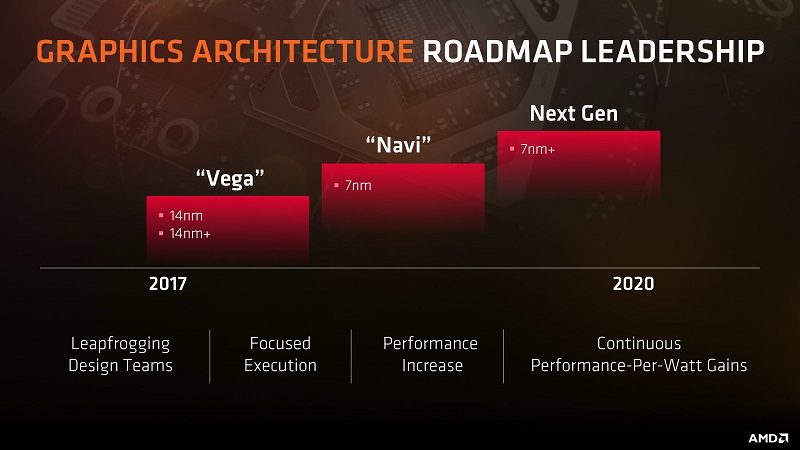 AMD Arcturus May Arrive in 2020

To be a successful company, tech giants have to have long-term plans for products. One clear example is AMD, with their long-term GPU and CPU plans. The CPU plans, in particular, took nearly half a decade to ripen with Zen. One the GPU side, things have been a bit quieter but we do know Navi is coming. Based on some new reports and rumours circling around, the next generation of AMD GPUs may fall under the Arctura banner.

After the Southern Islands and Northern Islands releases, the company moved to name their GPU architectures on stars. So far, we’ve already have Polaris and Vega launch, with Navi soon to follow in the coming months. Arcturus, as another bright star, is a somewhat expected and predictable name. This is bolstered by an company Linux liaison who used Arcturus in one of their posts. However, it isn’t quite clear as AMD is moving to use new code-names to cover up their real product names. So Arcturus may be the name but it could also be a cover name.

Based on what we already know, AMD will release the Navi successor sometime in 2020. While Navi will use 7nm, the next group of GPUs will be using 7nm+. Due to slight delays in 7nm, the new GPUs may launch a bit later than originally planned. There is also not a lot of information about what the new architecture will be like. Given the time that AMD has been working on it, it should hopefully be something more revolutionary rather than evolutionary.

For now, there Arcturus or whatever it is still a long way out. With Nvidia launching Turing, AMD has to be working on a challenger to compete. All the hopes so far are on Navi which should arrive early next year. The only question is with the high end moving up, where will AMD define the mid range they want to compete in. Due to the decline in crypto mining, a lot of gamers may be looking to upgrade with lower prices. Hopefully, the Red Team will be able to up their game to increase competition and lower prices.