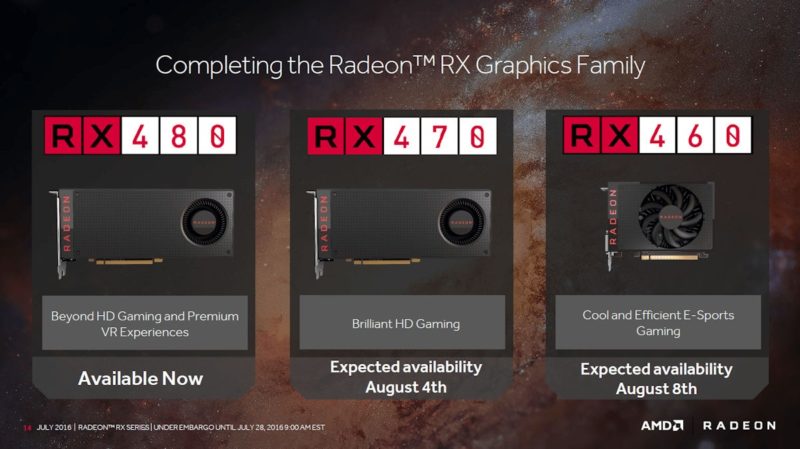 Interestingly, these price drops are going for the RX 460 2GB and RX 470 4GB models. Thier more well endowed 4GB and 8GB respective siblings aren’t mentioned in this price cut. With these price cuts, the base models will become a bit more competitive against Nvidia’s new offerings. However, there is still a sizable gap between the cards which needs filling. While the in between RX 470D has launched in China, there is no indication yet if that model will be release world wide.

When AMD first presented Polaris, their emphasis was on the mainstream market. Since then, they’ve dominated the lower end with graphics offerings while Nvidia sat above with their Pascal GPUs. Now that Nvidia is starting to move down to challenge AMD, one wonders where the red team’s higher end chips are. Vega has been rumoured for a late 2016 release so that will hopefully happen sooner rather than later to bring competition to the high-end.