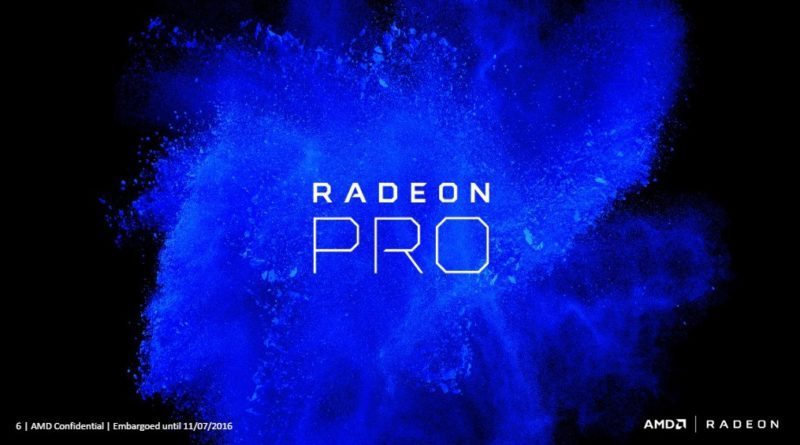 During a press briefing, AMD discussed their new Radeon Pro workstation series in greater detail and explained the key features. The Radeon Pro WX4100 is the world’s fastest low-profile workstation graphics card and designed for small form factor environments. This particular GPU is based on the 4th generation GCN architecture and has 1024 stream processors capable of a 2.4 TFLOPS peak performance. Additionally, the product utilises 4GB of GDDR5 memory and the TDP remains under 50-watts. On another note, the GPU supports Freesync, Crossfire Pro, and all the latest APIs including Vulkan. 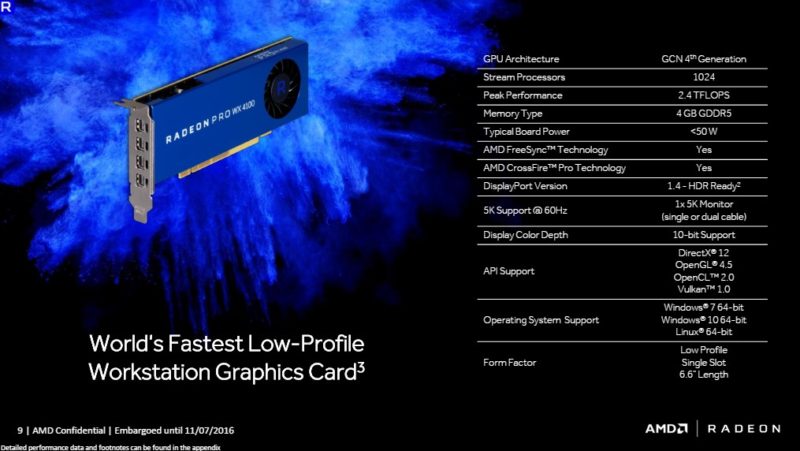 When compared to the NVIDIA Quadro K1200, the Radeon Pro WX 4100 excels and provides a monumental performance boost in CAD workloads. As you can see from the slide below, the SOLIDWORKS 2015 result can be up to 97% faster while other industry standard applications like Siemens NX also have a major benefit. This demonstrates the extraordinary capabilities of the Radeon Pro WX 4100 despite opting for such a versatile and slim form factor. Not only that, the product comes with a 3-year warranty as standard which can be extended to seven years free of charge after registration. 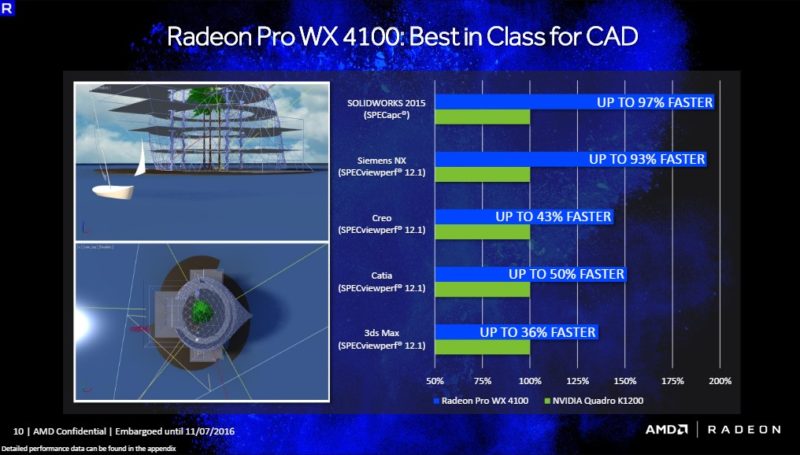 This is another strong showing from AMD workstation solutions and I’m interested to see more data regarding the performance.