AMD And DICE Discuss Details Of Their PC Battlefield 4 Collaboration 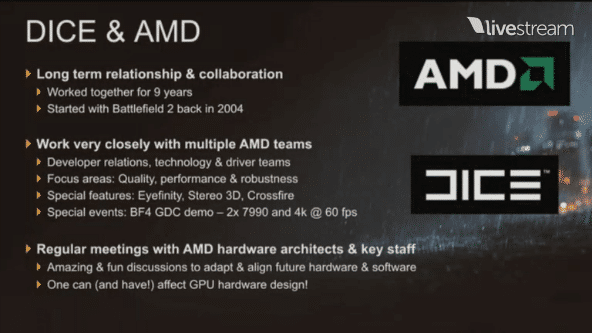 At AMD’s GPU 14 press event over in Hawaii AMD and DICE discussed in great length the nature of their collaborations. High on the agenda was obviously Battlefield 4 but AMD and DICE claim to have been working very closely with each other for the past few years. They first started working together way back in 2004 on the Battlefield 2 title. 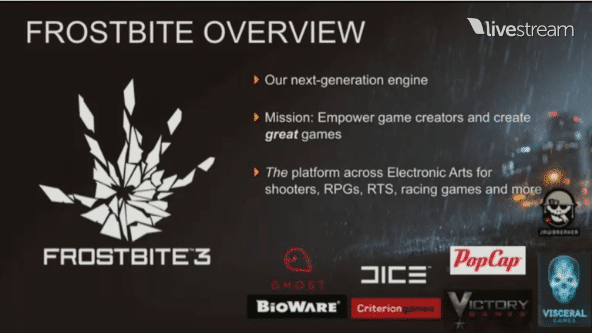 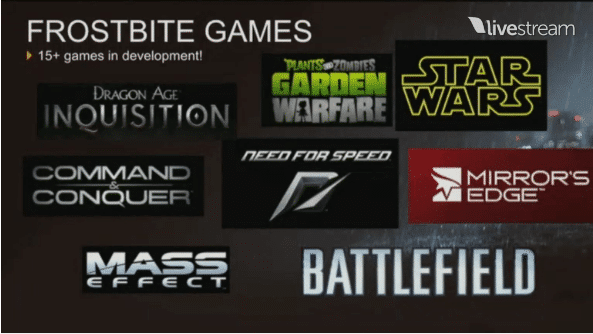 Johan Andersson of DICE explained some of the unique BF4 graphical features and how AMD helps improve these for DICE. 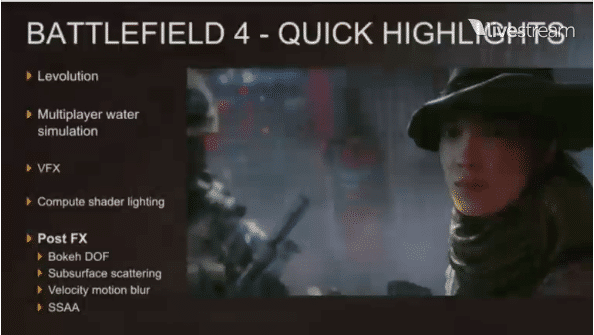 A lot of the optimisations work on both the CPU and GPU side including supporting up to 8 CPU cores. 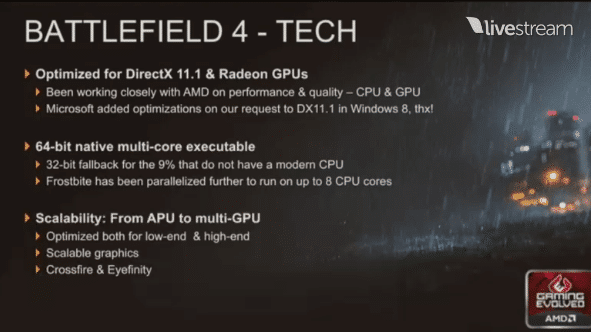 DICE explained some of the advantages of the PC platform that they’ve been able to use with the BF4 development program. 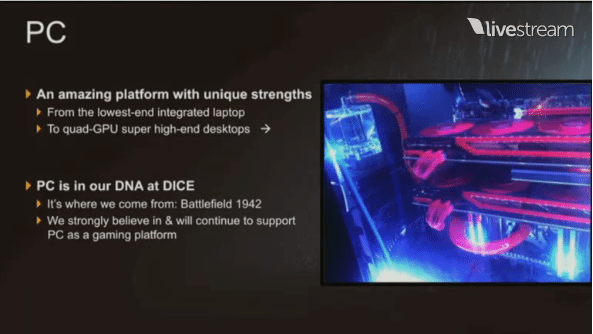 They also explained the challenges and how AMD’s new advanced GPUs help solve some of these. 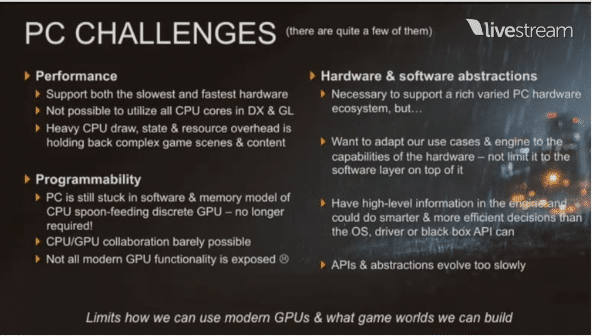 DICE explained that they want a way forward that doesn’t constrain hardware based on out-dated software – today that is still a huge ask for complex PC APIs and driver packages. 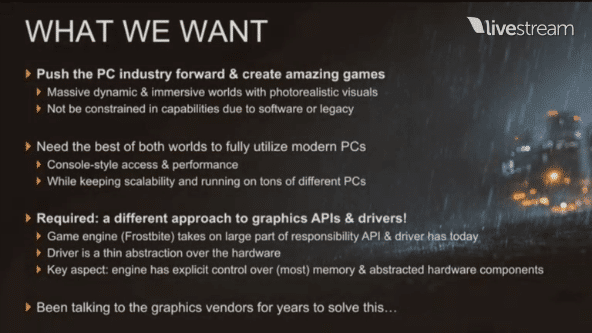 However, AMD and DICE think they have found the solution with Mantle. Mantle is a low-level API with low overhead that allows PCs to take advantage of a console style API. 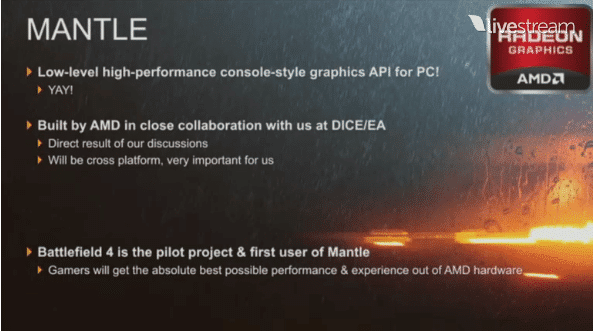 DICE say they will be able to bring Mantle implementation to the PC and that it is being developed right now. It should help avoid bottlenecking the GPU by offering up parallel rendering between the CPU and GPU. 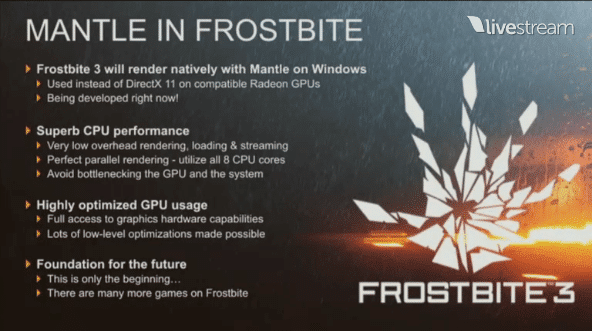 While Battlefield 4 launches October 29th, a Mantle optimised version of Battlefield 4 will arrive in December to provide improved performance for supported GPUs. 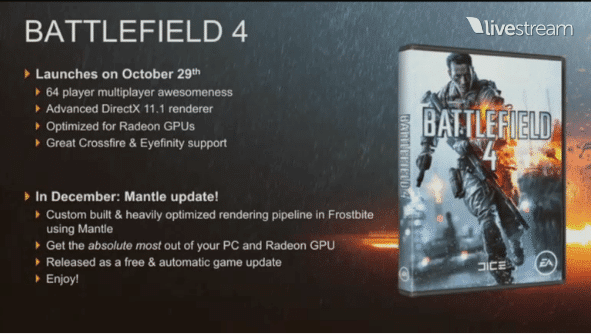 DICE claim that they are very excited about the prospects of Mantle and have loads more to show us in the coming months! 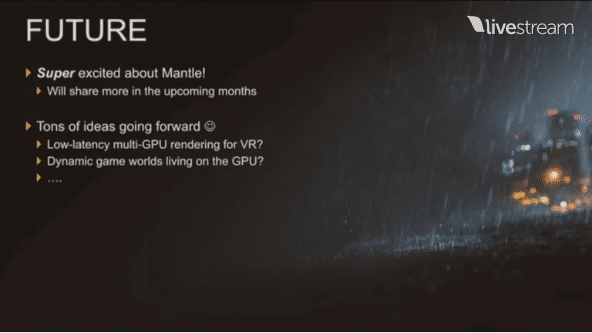