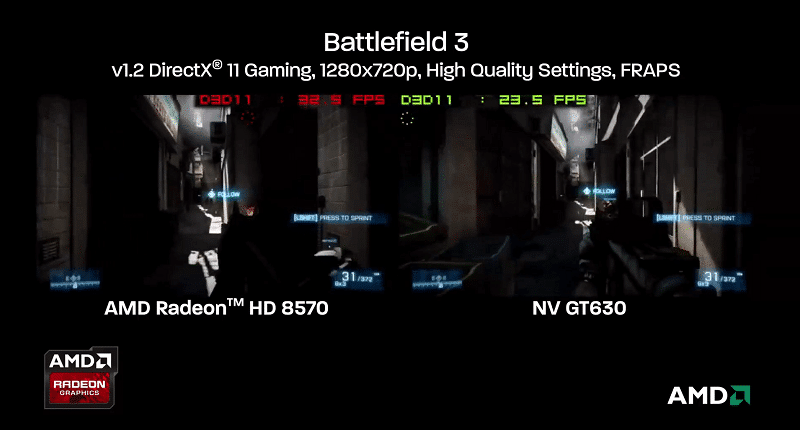 For those who can’t be bothered to watch the videos the results were as follows:

So as you can see the HD 8570 is clearly more powerful than the Nvidia GT 630 although given AMD’s history with marketing, I wouldn’t be surprised if pro-AMD tests were hand picked or tests where AMD has specific GPU acceleration wins.