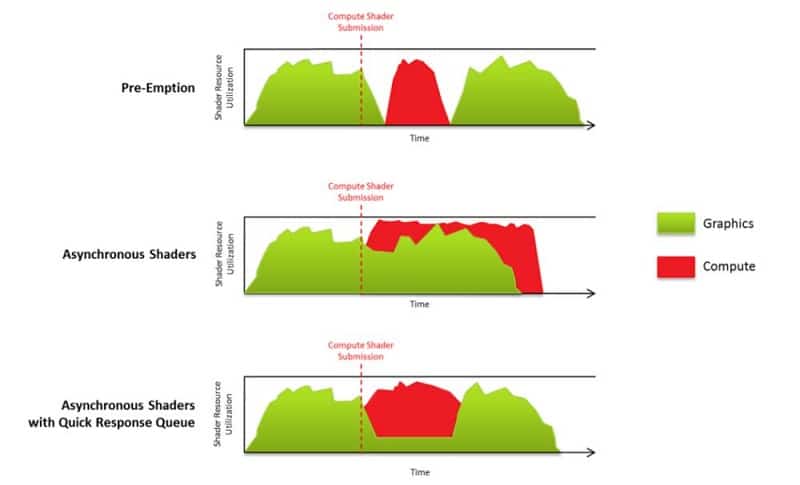 Asynchronous Compute has been one of the headline features with DX12. Pioneered by AMD in their GCN architecture, Async Compute allows a GPU to handle both graphics and compute tasks at the same time, making the best use of resources. Some titles such as Ashes of the Singularity have posted massive gains from this and even titles that have a DX 11 heritage stands to have decent gains. In an update to Async Compute, AMD has added Quick Response Queue support to GCN 1.1 and after.

With Quick Response Queue, tasks can be given special priority to ensure they complete on time. Quick Response Queue will also allow the graphics task to run at the same time albeit with reduced resources. By providing more precise and dependable control, this allows developers to make better use of Async Compute, especially on latency/frame sensitive compute tasks. Moving on, we may see greater gains from Async in games as AMD allows more types of compute workloads to be optimized. Hopefully, this feature will reach GCN 1.0 cards but that depends on if the hardware is capable of it.