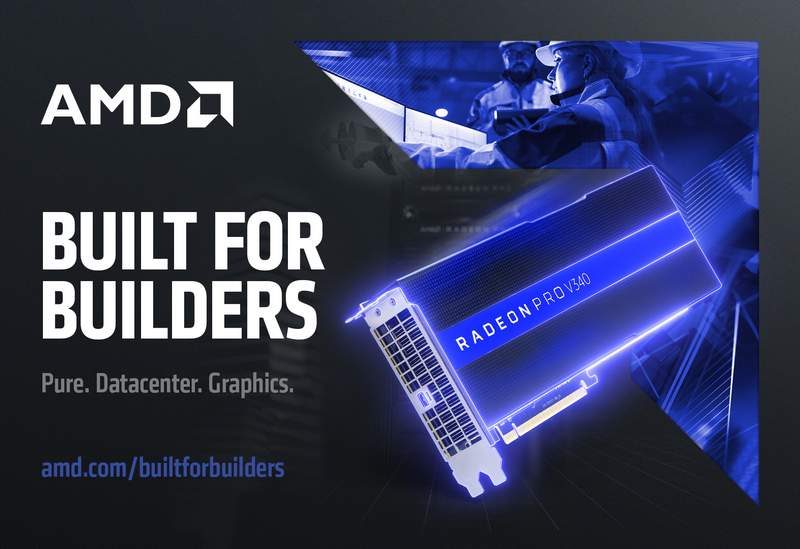 AMD is announcing a new Radeon video card called the Radeon Pro V340. This one is not for gaming however, but is a high-performance dual-GPU Virtual Desktop Infrastructure (VDI) solution. It is purpose built to power demanding datacentre visualization workloads such as CAD, rendering, and design.

The card itself takes up two slots and the dual Radeon Vega 56 GPUs have passive cooling. It utilizes vapour chambers for more efficient transfer, handling the 300W TDP. This GPU has 7168 Stream Processors in 112 CUs based on the 14nm FinFET architecture. It also packs 32GB of HBM2 memory, with up to 512GB/s memory bandwidth across a 4096-bit memory interface.

Each card supports up to 32 1GB virtual machines. This is up to 33 percent more than the nearest competitive solution. It also has the ability to compress independent video streams in both H.264 and H.265 formats. The security minded also need not worry since it comes with a built-in security processor. This provides secure boot and encrypted storage capabilities. 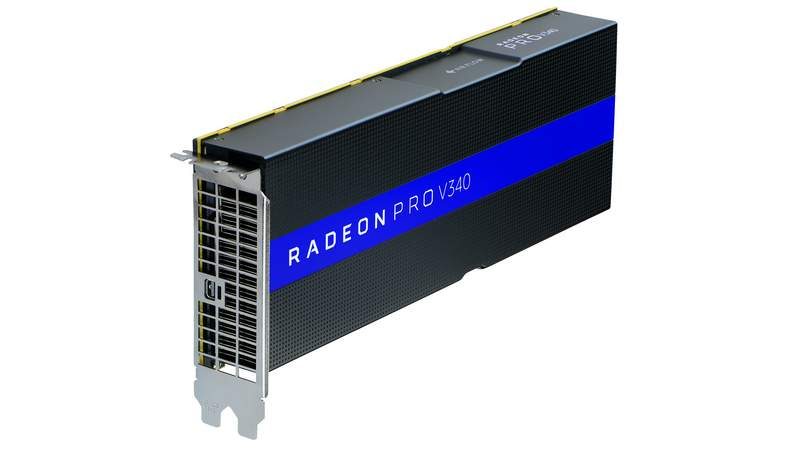 What Are the Professionals Saying About the Radeon Pro V340?

“With increased density, faster frame buffer and enhanced security, the AMD Radeon™ Pro V340 graphics card delivers a powerful new choice for our customers to power their Citrix workspace, even for the most demanding applications,” said Calvin Hsu, VP of Product Marketing at Citrix.

“The AMD Radeon™ Pro V340 graphics card will enable our customers to securely leverage desktop and application virtualization for the most graphically demanding applications,” said Sheldon D’Paiva, director of Product Marketing at VMware. “With Radeon™ Pro for VMware, admins can easily set up a VDI environment, rapidly deploy virtual GPUs to existing virtual machines and enable hundreds of professionals with just a few mouse clicks.”