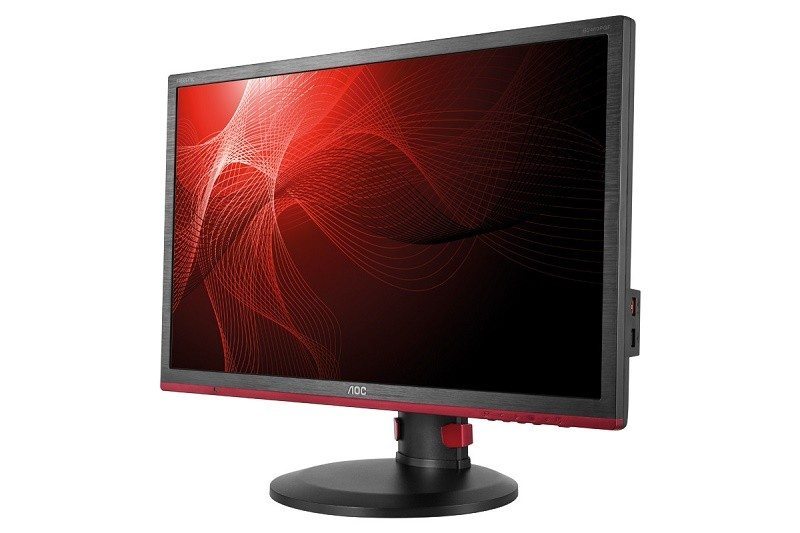 NVIDIA’s G-Sync technology synchronizes a display’s refresh rate with an NVIDIA-powered graphics card to eliminate screen tearing and stutter caused by V-Sync. As you might expect, this is exclusive to NVIDIA GPUs and implemented in a proprietary manner. In contrast to this, AMD’s FreeSync employs an open standard and results in significantly cheaper pricing. For example, according to AMD’s press marketing, the average FreeSync monitor costs $617.93 while the competing solution retails at an average of $781. Furthermore, AMD has 7 partners supporting their variable refresh technology, while NVIDIA is lagging behind with just 5! 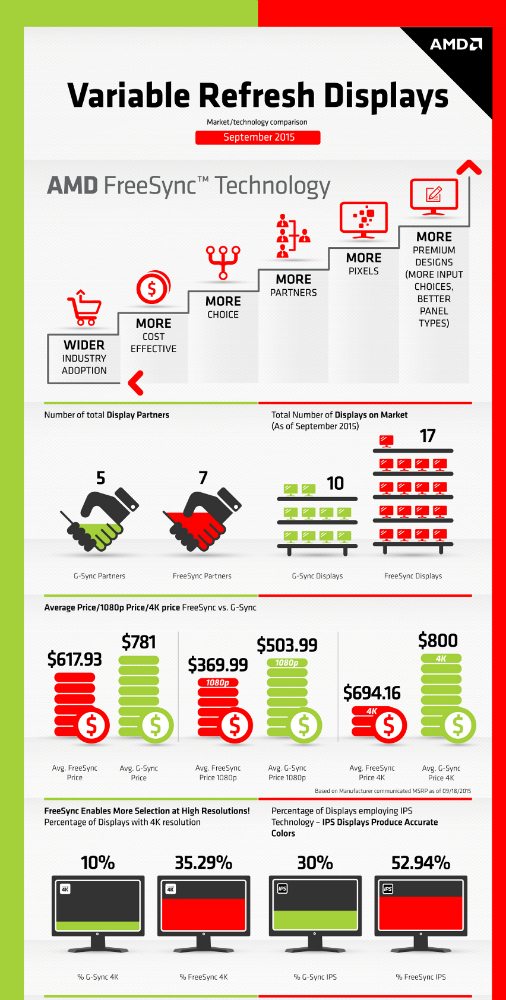 The documentation also outlines other intriguing statistics including panel type, quantity of displays on the market and unique selling points. Although some critics argue that the G-Sync system is superior and allows for a wider range. Here we can see the growth rate of FreeSync compared to G-Sync and main differences. In an ideal world, I’d like to see NVIDIA drop their proprietary variable refresh technology and work together with AMD to provide a single solution which puts the consumer first. Sadly, I can’t see this happening unless sales of G-Sync monitors hit rock bottom. This is very unlikely given the popularity of the ASUS ROG Swift. 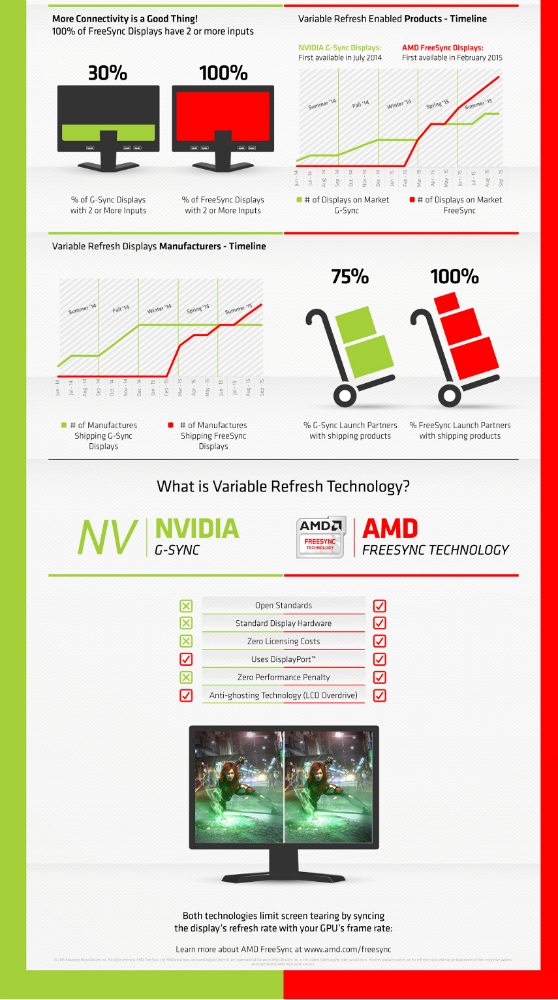 Do you think NVIDIA’s G-Sync is worth the premium?