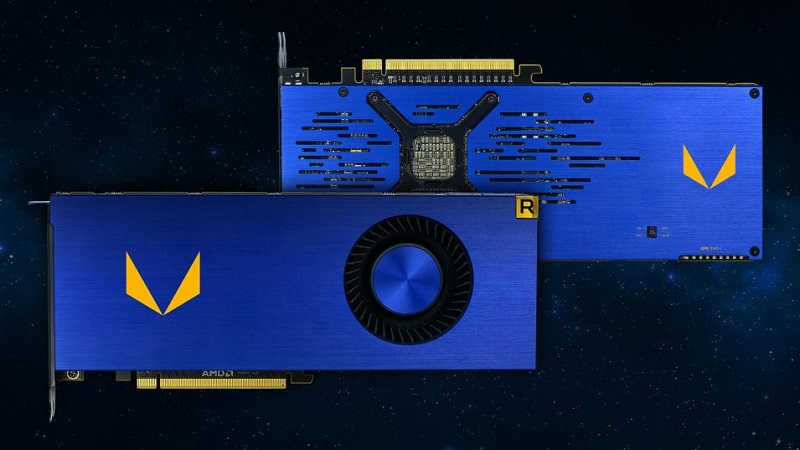 After teasing the card earlier this year, AMD is finally launching their Radeon Pro Vega Frontier Edition graphics cards. The card is based on the new Vega 10 GPU which was teased last year and uses the new Vega architecture. As expected, the card is aimed at semi-professionals and above and is priced with that in mind. The launch is a partial one, with an air-cooled variant launching now and a liquid cooled model to follow in Q3. 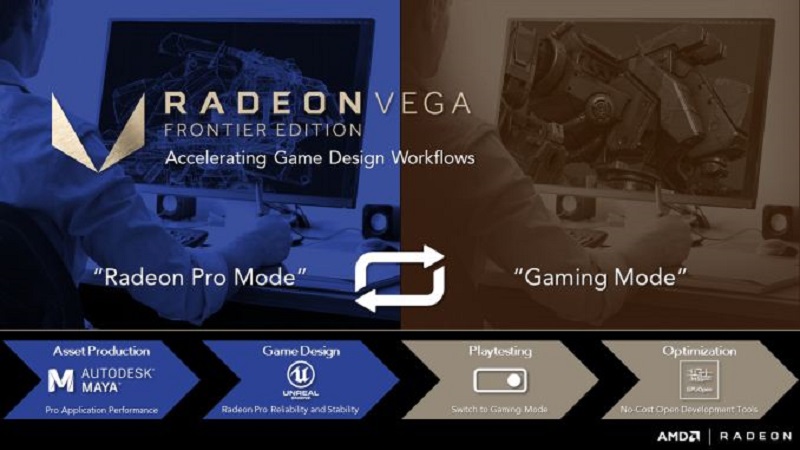 In line with the professional orientation, AMD is bundling both the Pro Mode and Gaming Mode drivers in one package. All users will have to do is switch modes in AMD’s control panel. The professional drivers come with a whole host of professional and industry standard certifications, with more to come as the new architecture requires more work for certification.

As a premium professional/prosumer oriented card, AMD is throwing in a liquid cooled model in Q3 as well. That model will set you back $1499. However, that should make for a quieter card under load and better performance as boost speeds are better sustained. The card will be available in Q3 2017. While the air-cooled model is available today, it is slow to show up in stock.