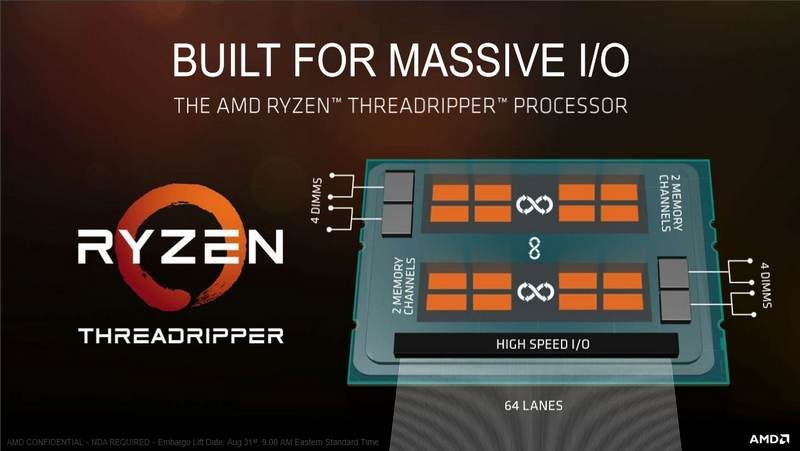 It’s a week later than anticipated, but AMD finally launched NVMe RAID support for its Threadripper processors. The new update enables RAID 0, 1, and 10 support for up to 10 NVMe SSDs connected to the Threadripper’s 64 PCIe lanes. However, your motherboard may need a BIOS update first. In addition, support extends to Windows 10 only.

Since no standard NVMe RAID implementation exists, AMD needed to create Threadripper’s from scratch. As such, it relies on a software RAID system. However, this means new drivers for pretty much everything: both board (UEFI) and operating system. This goes some way to explain the delay for Threadripper NVMe RAID support.

It appears there is no Threadripper hardware support for NVMe RAID. For example, Intel’s X299 chips feature the RAID hardware Volume Management Device (VMD). Threadripper, though, contains no such alternative.

The update is available now, for free, from the AMD website.