Earlier this week, a data mine of the latest MacOS Mohave update revealed some details that were initially believed to be indications of an upcoming AMD Navi graphics card release line. With rumours of a Navi powered 7nm graphics card range anticipated this Summer, there is, of course, more than a little speculation already surrounding them.

In the source code, however, references were found that were a little curious. These included; Navi 16, Navi 12, Navi 10 and Navi 9 which were all found within the “AMDRadeon6000HWServiceskext” file.

In a report via PCGamesN, however, it seems that while these names were intriguing, they may have been misleading. It wasn’t, however, a deliberate effort. Instead, a quirk of coding may have led to this being accidentally represented. It is another example of people adding 2 and 2 and coming up with 5. 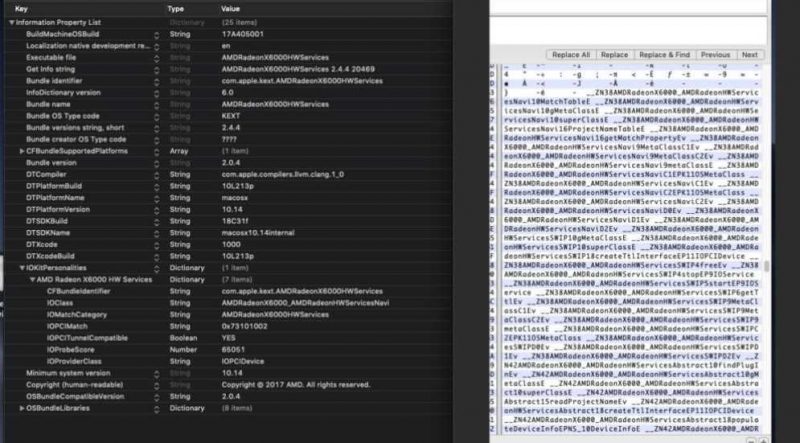 The ‘demangling’ of the code finds a significant difference to the original text. So significant, that it completely undermines the former theory. As you can see in the comparison below, the ‘Navi 10’ has changed into ‘::’. This occurs when the coding is broke down into a ‘purer form’. It’s something that will probably make a lot more sense to those familiar with C++ coding.

This does, therefore, indicate that preparations are underway for Navi. It is, however, exceptionally doubtful that the ’16, 12, 10 and 9′ is referring to any specific models. As above though, with such anticipation, we can expect these kinds of well-meaning but perhaps overexaggerated, speculations to continue. Such is the nature of graphics card releases!