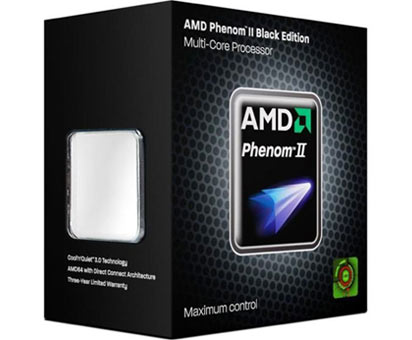 Ever since the beginning of time, there have been competitors within the computer industry, and without them it would fall straight on its backside.

That’s why we (review sites) encourage a bit of competition, as it means better products come out at a faster pace, to try and be the leader of the pack. This is a prime example between AMD and Intel who have been fighting for the processor crown for as long as i can remember.

We used to see processor launches every so often, but now we are sometimes shown them once a month (not that we’re complaining).

Intel have held back a back with their product focus mainly being on Sandybridge, so instead they had a reshuffle and dropped some product lines and brought the prices down on others to get in line with their competitors; hence we see processors from a year ago drop dramatically in retailers. AMD however, have been releasing more and more CPU’s onto the market, especially with the X6 range of Phenom II’s with the flagship being the 1090T clocked to 3.2GHz and a turbo speed of 3.6GHz all for around the £190 mark.

The next logical step would be to bring out something to succeed the 1090T with a faster clock speed. That’s where the 1100T takes over as AMD’s latest flagship processor.