AMD Wraith Max on the Shelf for $59 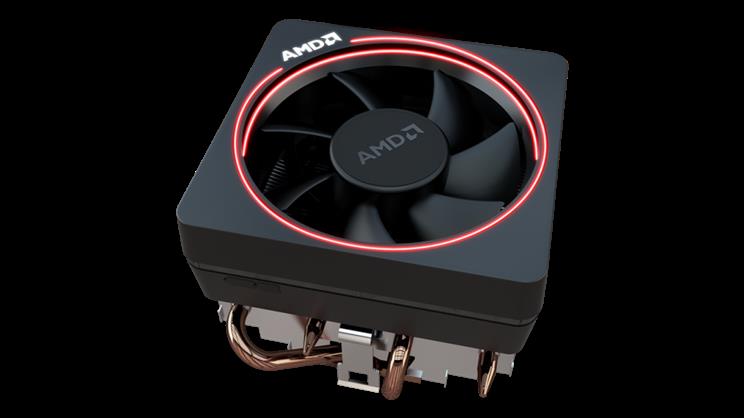 AMD Wraith Max on the Shelves for $59

AMD has announced the availability of its incredibly popular Wraith Max Air cooler with immediate effect. The Wraith Max is an air cooler that supports CPUs with a high TDP of up to 140W.

The AMD Wraith Max is a compact air cooler, with a horizontal heatsink and 92mm Cooler Master fan. The unique heatsink design allows for maximum cooling performance in as compact a space as possible, with two copper heatpipes from the copper base plate. The performance is similar to that of the Cooler Master Hyper 212 EVO so should keep your CPU cool. For some time the Wraith Max was only available with the purchase of an AMD Ryzen 7 1700X or Ryzen 7 1800X. However, AMD has now made the decision to put the cooler for stand-alone sale due to its immense popularity.

RGB all the Things

The Wraith Max comes with LED settings and compatibility for multiple platforms. The RGB functionality allows full customisation of the glowing ring around the fan. Plugging it into any compatible motherboard with the likes of ASUS Aura Sync, Gigabyte RGB Fusion, MSI Mystic Light, Biostar VIVID LED DJ and ASRock RGB LED will unlock the illumination potential. Socket AM3+ and FM2+ motherboards do not support RGB illumination control, so the cooler will not be colour configurable. It will only illuminate red on these legacy sockets.

We feel that AMD bringing the Wraith Max to the shelves for individual purchase is a wise move by the company. However, the $59 price tag does seem quite high for what is essentially an LED CPU Air Cooler. Considering the competition can be found with similar performance for around half the cost. We find it difficult to determine how much the price will affect the sales. Either way, it is certainly one of the nicest Air Coolers on the market and the customisability, compatibility and reliability are all major selling points. Will you be making the investment for your Ryzen CPU?