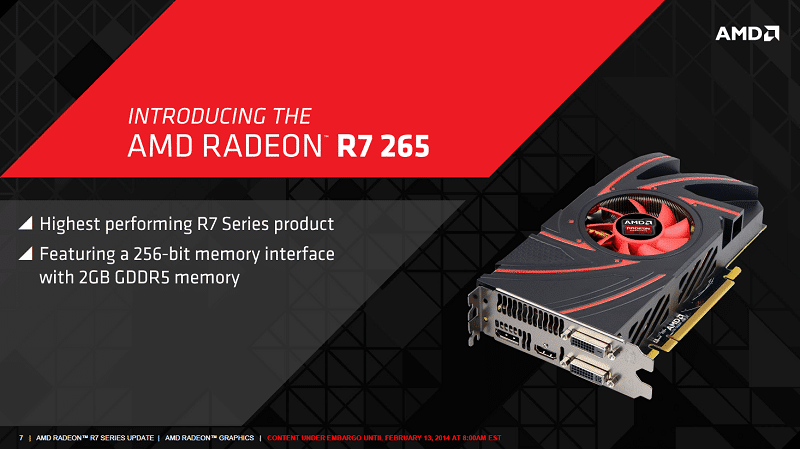 AMD is today launching the Radeon R7 265 graphics card, which confirms rumours we heard just yesterday. As expected the AMD Rade0n R7 265 is going to be based off the HD 7850 graphics card from the HD 7000 series. It is thus not a new GPU but a GPU that uses the existing 28nm first generation GCN architecture. 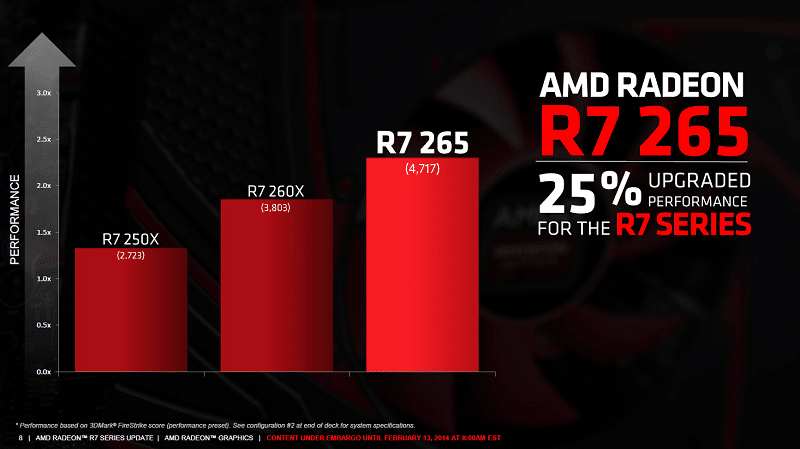 The R7 265 offers about 25% more performance than the R7 260X according to AMD’s internal figures. The full specifications of the R7 265 can be seen below: 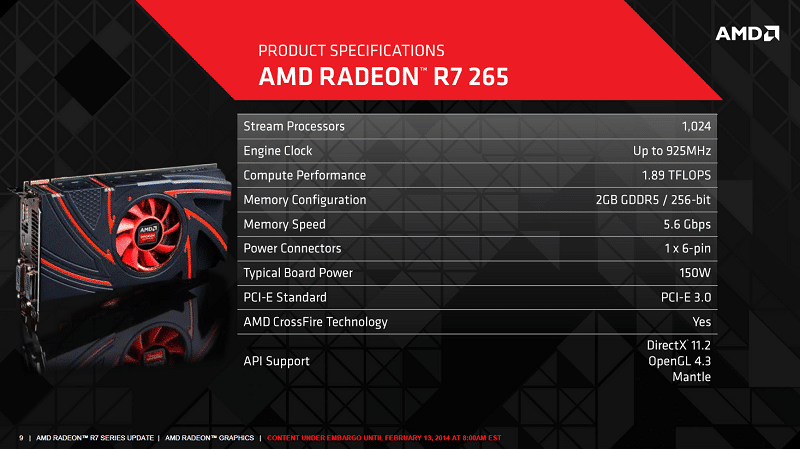 Here’s how the AMD Radeon R7 265 fits into the rest of the R7 series. As you can see the clock speed is quite low in comparison so there is likely to be buckets of room for overclocking to bring this card closer to the R9 270. 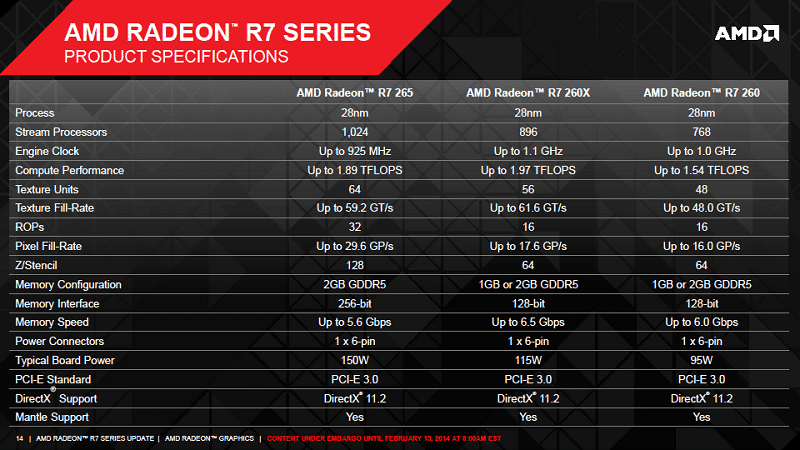 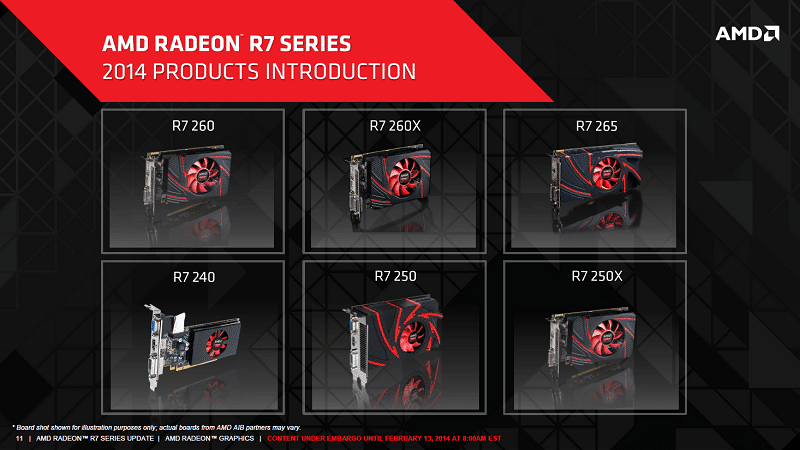