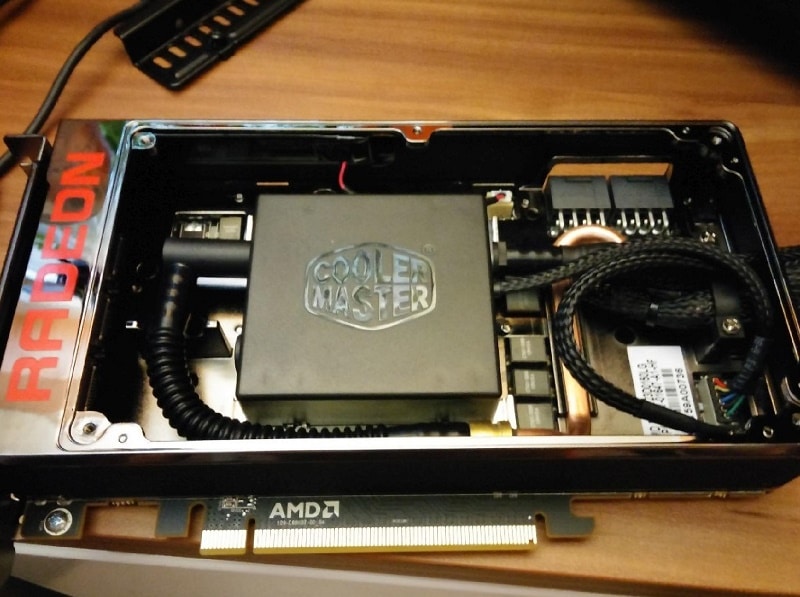 The AMD Radeon R9 Fury X could be facing a complicated production issue due to a legal battle surrounding the Cooler Master closed-loop pump. Back in 2014, Asetek, the manufacturer of many all-in-one liquid coolers such as the Corsair H110, won a patient infringement case against Cooler Master. The final verdict awarded Asetek a 14.5% royalty share on all Cooler Master liquid coolers sold throughout the USA. In total this includes the Seidon 120V, 120V Plus, 120M, 120XL, Nepton 140XL, Seidon 240M, Glacer 240L and Nepton 280L.

Cooler Master’s entire range of liquid cooled products are bound by the royalty fee and cannot be sold in the USA due to an injunction. As a result, it’s theoretically possible that the Fury X pump could become a major issue given its Cooler Master branding and manufacturing deal. CoolIT recently settled a lawsuit with Asetek after manufacturing Corsair’s latest H110 GT liquid cooler. In 2013, Swiftech had to halt production of the H220 and H320 all-in-one coolers due to the Asetek lawsuit and produced the revised H220-X and H240-X designs which didn’t infringe on the patent.

This patent war has been an arduous process and other companies selling closed-liquid-coolers could face similar legal wranglings in the future. Yesterday, Cooler Master’s fate was sealed as their appeal was dismissed and increased the royalty rate to 25.375% on infringing products from January 2015. It’s unknown how this will affect the Fury X’s market position in the USA, but the news is rather worrying.

Thank you GamersNexus for providing us with this information.