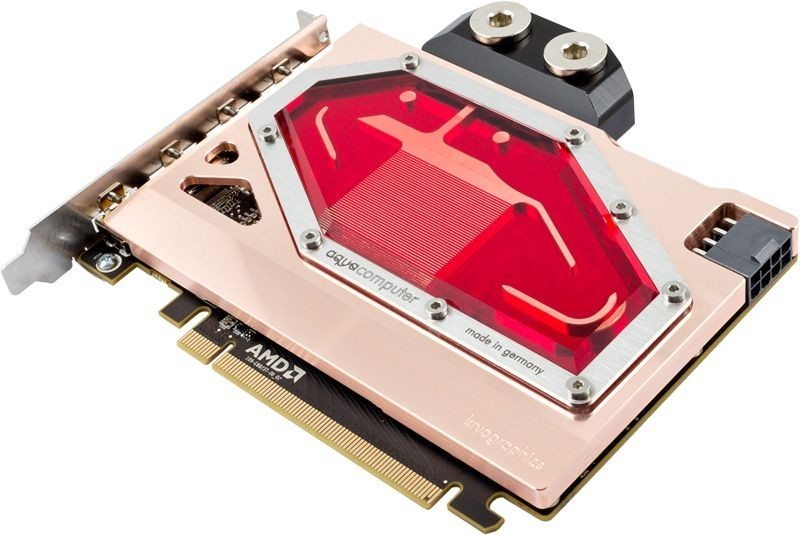 AMD’s Radeon R9 Nano graphics card was only just released upon the market yesterday, and today Aqua Computer are ready to take on pre-orders on their real full cover water block for just that card. You can get some impressive results by replacing the factory-default air cooler on this already efficient mini card with this new water block.

The kryographics R9 NANO full cover water cooler is a true full cover cooler as it covers the entire PCB area. There is already a single-slot bracket available for the R9 Fury X and that will work on this card too, allowing you to make a true single-slot mITX graphics card with a power that hasn’t been seen before. Internal tests by Aqua Computer showed temperatures of just 35 degrees on the GPU (27 degrees water temperature) when running Furmark. Impressive!

We know that the GPU used on the R9 Nano is the same as the one on the R9 Fury X and as such there is a lot of performance to be had, with a few limitation. The GPU is simply clocked into a more efficient area instead of running it to the maximum. So by adding a full cover water block like this to the card, we should be able to almost the same results. There is the limitation of only one PCIe 8-pin power connector, but otherwise you should be free.

The water block will cool the GPU and onboard memory as effective as possible, and the entire VRM area is properly cooled as well, including the regulators. The base is made from electrolytic copper and there are several top versions available as we’re used to from the kryographics series.

Pre-orders for the Kryographics R9 Nano full cover water block can be placed from today and the actual coolers will start to ship the following week. 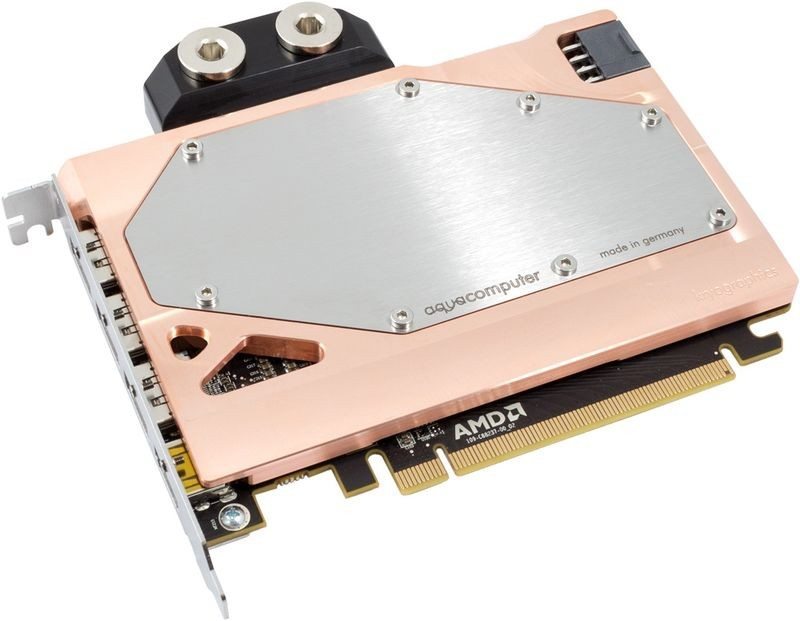 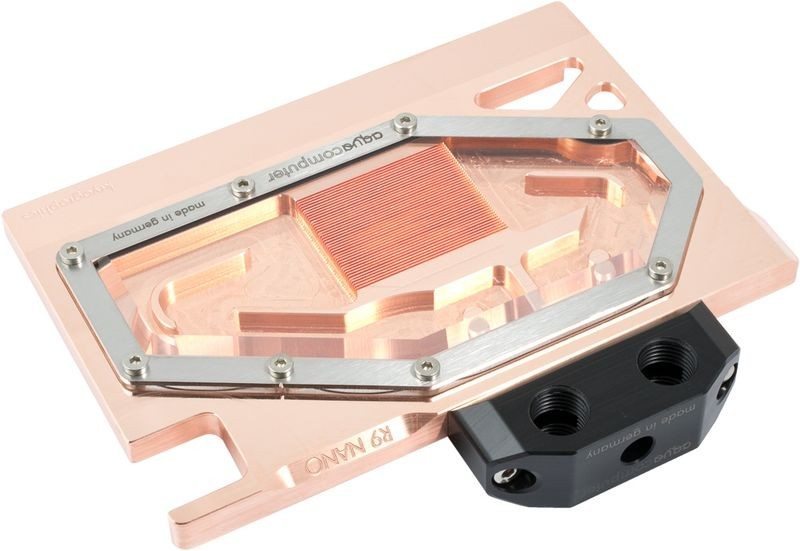