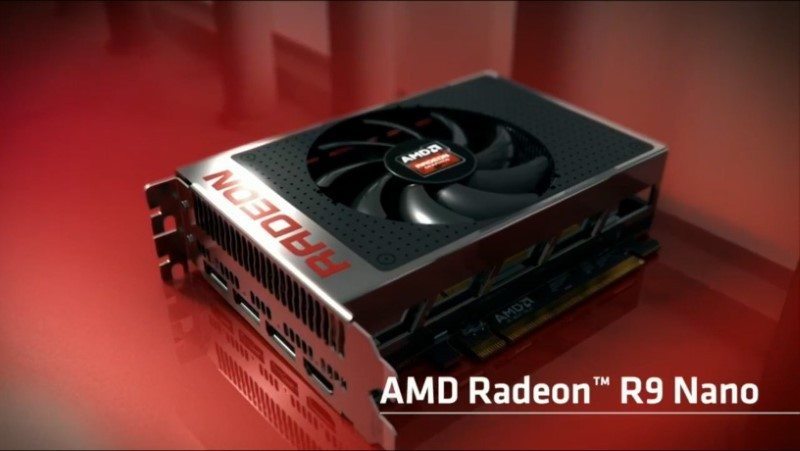 The AMD R9 Nano, a dinky little card that still packs a massive punch. It is said to pack 2x the performance per watt and 2x the performance density of AMD’s previous flagship card, the result being a 175 watt six-inch long beast of a graphics card.

We’re referring to Teraflops here when describing the “computer power” and how many this card achieves. It doesn’t always translate into gaming performance, but will give you a good idea.

How do we know the performance? Wccftech managed to apply some maths to the little amounts of data that AMD revealed to us. They used that cards TDP and performance per watt to work it out:

Incidentally, we also have the TDP for the Nano, and that’s the last missing piece in the puzzle.

For a definite verdict on if this card will be good at gaming, we will have to wait for it to be released into general population. AMD’s power and performance claims will need testing by an independent organisation, that won’t happen until near the launch date.

Thank you to Wccftech for providing us with this information