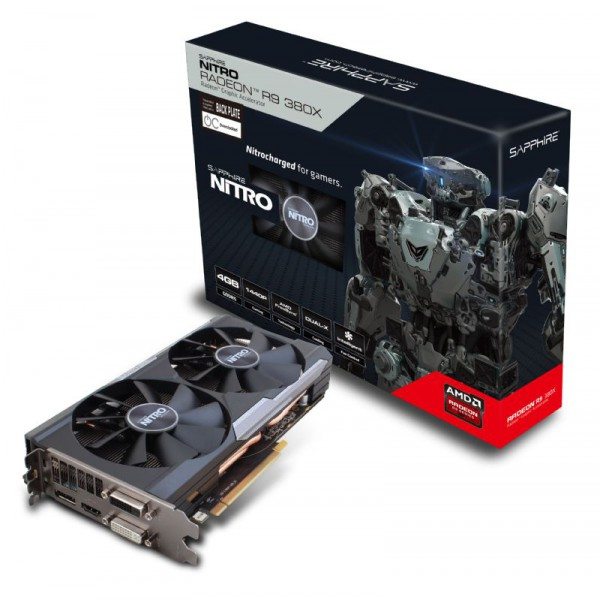 AMD has officially announced the release of its AMD Radeon R9 380X graphics card. The powerful yet affordable GPU is the latest entry in the popular Radeon 300 series, and AMD hopes it will help increase its recent market gains against rival NVIDIA.

“Today, we are introducing the newest member of the Radeon family: the AMD Radeon R9 380X GPU, conceived to play the most demanding games at high details at 1080p and 1440p, for gamers who demand the best. If you want to be ready for the latest DirectX 12 games, you’ll want to upgrade to this one. With a 256-bit interface and 4GB of high-performance GDDR5 memory, the AMD Radeon R9 380X GPU has the DNA for beyond 1080p gaming” AMD writes on its community forum.

“With the AMD Radeon R9 380X GPU, you’ll get the smooth gameplay you deserve, with no tears or stutters. Enabled with the AMD FreeSync technology, you’ll experience fluid, artifact-free performance at virtually any frame rate, which means unbelievably smooth, ultra-responsive gaming at peak performance,” it adds.