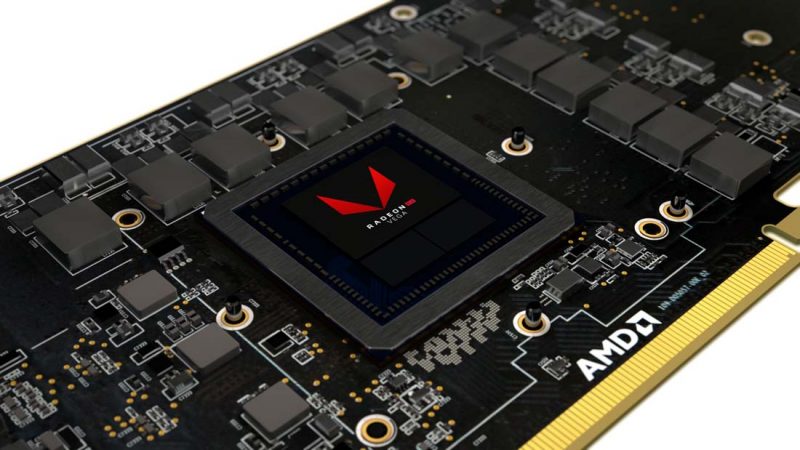 Although AMD and their partners have been pushing the new Radeon Vega 64 video cards front and center, they are mostly quiet about the Radeon Vega 56. The flagship Radeon Vega 64 itself comes in three options. Two of which are limited edition models with one having a custom liquid-cooler solution. The performance of the flagship model is supposedly competitive with NVIDIA’s GTX 1080. This puts the Radeon Vega 56 against the widely popular GTX 1070.

The RX Vega 56 uses the same 8GB memory as the flagship RX Vega 64, however it only has 3584 Stream Processors and 56 Compute Units. The full GPU also has 4096 Stream Processors and 64 Compute Units (hence the number in the name). Those who are not willing to shell out the $499 for the RX Vega 64 base model will have to wait until September for the RX Vega 56. At least, according to sources close to Fudzilla who reports the Vega 56 arrival coincides at the same time as the custom RX Vega 64 video card models.

The Radeon RX Vega 56 will cost $399 USD when it hits retail stores. A $499 Radeon Red Pack is also going to be an available option. This provides $200 discount on a Samsung CF791 FreeSync monitor and $100 off of select Ryzen 7 plus X370 motherboard combo. Users who purchase any of the Radeon packs also receive two free games from Bethesda. Namely, Wolfenstein: The New Colossus and Prey.