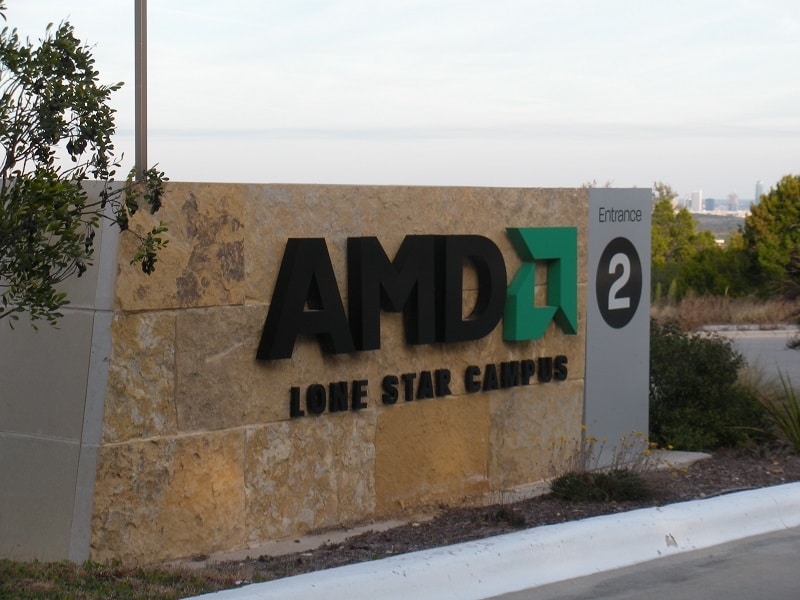 We recently brought you some amazing news regarding Fujitsu buying 85% of AMD’s shares. This not only means that AMD has money again, but the company’s shares are now less fragmented; is it too little too late as AMD reports 2015 Third Quarter financial Results?

The future still looks bleak as AMD has reported a quarterly loss of $197 million. It’s no secret on how many significant changes AMD has made to the organisation in efforts to reduce costs and increase profits. Despite these changes, that’s an increase loss from last quarter’s $181 million. Whilst AMD is continuing to lose market share to Intel and Nvidia, when you look closer and start to reflect on AMD’s shares over the last five years, it really starts to tell the story of AMD’s ongoing struggles: 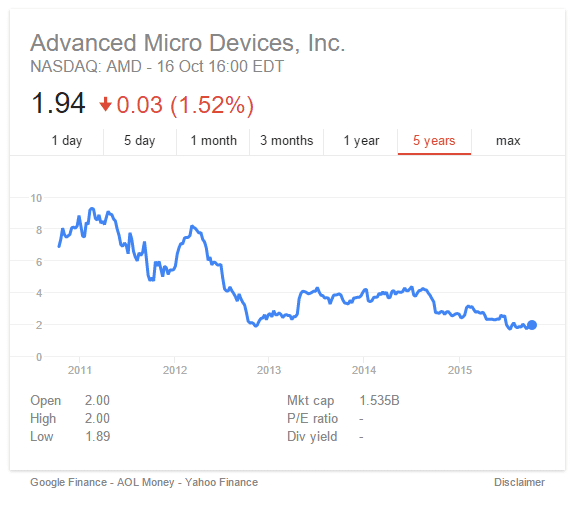 Maybe we shouldn’t write AMD off yet because alongside Fujitsu’s major investment the Embedded, and Semi-Custom part of the organisation has increased 13% over last quarter. Operating income for this segment came in at $84 million, up from $27 million in Q2

AMD is doing more corporate restructuring in an attempt to reduce expenses further. Perhaps the most troubling aspect of the results is whilst they are attempting to provide the best value for money their gross margin is only 23%, something has to give eventually.

What’s your thoughts on this subject? Will Fujitsu’s major investment provide AMD with the much-needed injection to fix things, or is it money down the creek? Let us know in the comments below.