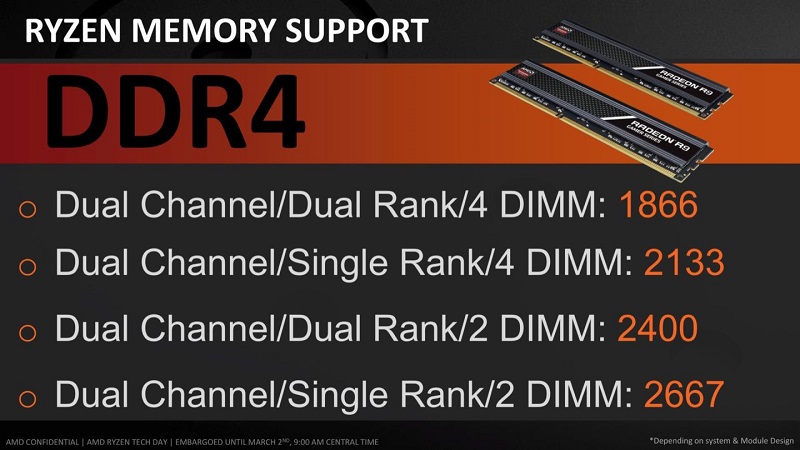 Before Ryzen, in order to get workstation class performance more than 8 CPU threads, one would have to buy into Intel’s expensive HEDT platform. That, however, still wouldn’t get you all the workstation features as things like ECC memory were not supported. For those seeking ECC support, the only option would be the even more expensive Xeon lineup. With Ryzen, AMD is making workstations more affordable at last.

According to AMD, all Ryzen processors feature built-in support for ECC memory. This means for those prosumers that need the error checking memory, the cost of a workstation class CPU just plummetted. This, of course, is part of AMD’s plan to bring more threads and features to regular users and developers to push the limits. It also makes creating stable NAS and SOHO servers a much cheaper proposition.

The only thing required to enable ECC support is for the motherboard vendor to provide the support. For those of you looking at ECC, you would just need to confirm that the AM4 motherboard you want has ECC support. Unfortunately, registered or buffered memory are not supported but those are even more niche features. ECC is also not validated on consumer Ryzen so all scale deployments are probably not a great idea either. All that we are waiting for to make Ryzen the killer workstation is the rumored quad-channel and enterprise models.